Before I forget, a couple of announcements.
1) We have lowered the price of the GoFoils at Hi-Tech to $1450 for the Maliko and $1350 for the Kai.

2) My friend Yves forgot his 7.0 Jimmy Lewis Destroyer at Hookipa a few days ago. Please call him to identify the color if you found it: 280-1272.

Another day of rest for me, but I managed to do a bit of windfoiling during my second successful lesson. I have another one lined up and it's happening. I'm more and more convinced I got the right gear to learn and the stoke for the student is pretty much guaranteed.

The windsurfers hit the waves at Hookipa in the afternoon. Photo by Jimmie Hepp from this gallery. 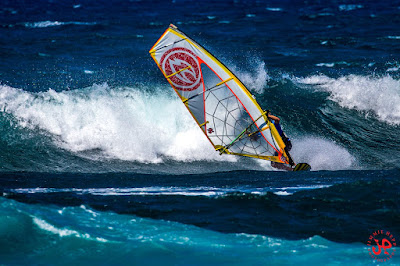 The above readings are the windswell created by the southern hemisphere trades and that direction  should be blocked by the Big Island (shadow line around 160). As a result, the south shore should be pretty flat today.

Small WNW energy at the NW and Waimea buoys, but we're blocked for that direction (Pauwela shadow line around 305). As a result, the only energy registered by Pauwela is the windswell and that's what's on tap today. Stay tuned for the beach report, but it's gonna be small, weak but hopefully clean waves. 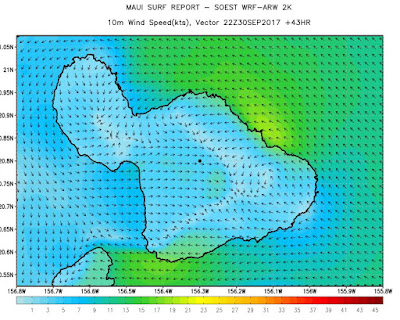 North Pacific shows the low that is starting to aim some winds towards us, but the strongest wave production is modeled to happen in the next days. Related swell should rise on Monday and peak on Tuesday at around 5f 11s from 332 according to Surfline.

South Pacific shows a couple of decent fetches: one in the Tasman Sea and the other SSE of us and aiming east of us, but we should get some angular spreading in a week or so. 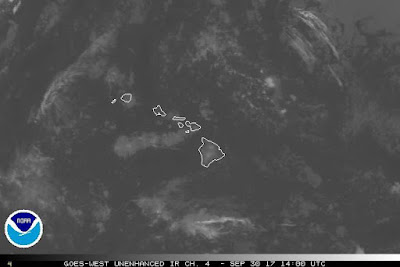