I'm going to start this post by thanking all the photographers that shoot at Hookipa.

In this particular case, I had the huge honor of having the PWA official photographer John Carter think that I was going to do something worth it on that little ramp in front of me, raise his camera from and water and aim at me.
I was quite happy already that he did that. But he was also nice enough to send me the shot.
It's a small aerial, but at my level everything counts!
Thanks a lot John!


And then I also found out that James Flynn took the same shot from land. Thanks James too! 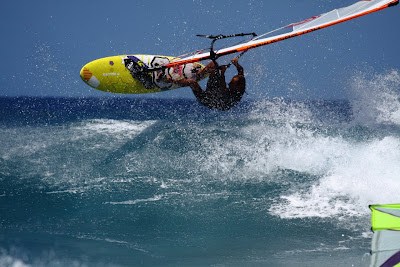 Here's the shots I took instead in the break between sessions.

My friend Maya created this wind related sculpture and is looking for support.

Sorry, one day late. These are the photos of Sunday March 25th.

Photo of the day goes to Aurelien not only because it's pretty rad, but also because he's such a nice guy... so sweet that someone gave him the very appropriate nickname of Cookie. 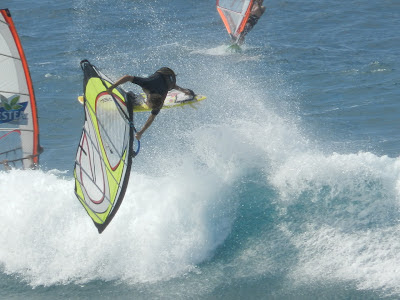 Chronological order.
I wanted to take action shots of the ladies out, but two of them came out of the water just as I sat...

This is Diony, taken from a gallery by Globalshots.

This is one the best surfing shot I've ever seen. Photo by Stuart Gibson. 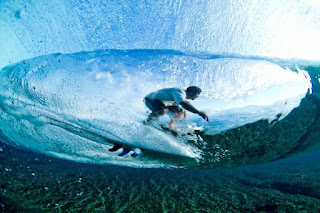 Kauli is on the island with his gorgeous girlfriend. Photo by Jimmie Hepp. 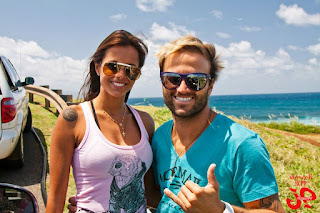 Last, and in this case definitely not least, here's how my latest project is proceeding. Guesses are welcome. 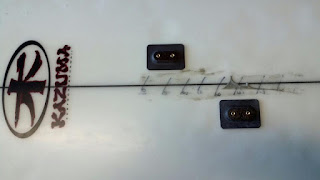 Just a few words to add that after an early very crowded session in choppy waves, Sunday I scored an amazing late session. For 45 minutes it was two windsurfers (I was one of them) and two surfers sharing glassy shoulder to overhead waves at The point.

Thank god for light wind.
Posted by cammar at Monday, March 26, 2012 2 comments: Links to this post

Yet another day of strong wind and big choppy all over the place waves.

Shot of the day goes to Alex Mussolini who is back in Maui after a few years.
He got out of the water visibly frustrated and said:"my timing is so bad!"
What you guys think? 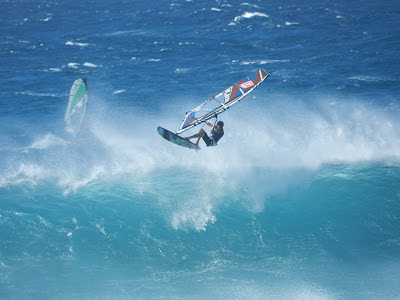 Chronological order.
Next one shows what actually was my main issue. I chose to stay away from the mast high ones, because I would have been out of control at that high speed on the chop. Usually it's a good policy, since I can actually be more a agressive on a smaller head to logo high wave. But this day there was so much white water around. In this case, Lalo is on a big one and he just misses the soup.
I was hitting the soup all the times. And in the soup I had no grip whatsover.

I knew exactly that it was going to be very hard for me to have fun in those conditions, but I chose to go out anyway... I'm not really sure why actually.
Sometimes I just feel like I need to deserve my lunch... and I bloody well did, considering I did my longest swim for the gear ever!
Here's how it went.

I lost the gear on a big one all the way outside. Immediately lost sight of the board, so I swam straight in towards the beach. So far, no big deal.... there was so much water moving in that that wasn't particularly hard.
When I got closer to the shore I was just upwind of the rocks and the people on the cliff were signaling that the board was downwind towards Lanes.
"Great" I thought, "it didn't go on the rocks!"
So I started swimming parallel to the rocks with my classic backstroke style.

I swim backstroke for two reasons:
1) it's a lot easier for me to breath hence it's less fatiguing
2) when I'm in the middle of the waves, it's easier to spot the sailors that are riding and yell at them in case they didn't see me. This saved my ass at least a couple of times.
But the backstroke does have a fairly big downside: you don't see where you're going! Usually no big deal, you just have to periodically check.

So anyway, as I was saying, I was swimming towards Lanes when all of a sudden.. thump! I banged into a rock.
"Oh shit, I'm swimming between the rocks!"
At that point I clearly abandoned the backstroke and tried to swim my way out and dive under the waves as hard as I could... a relatively easy task compared to swimming with your gear, but nonetheless the stronger swimming pace took a bit of a tall though.

Next I was swimming across the rip current of the channel between Hookipa and Lanes (I still couldn't see the board, but from the hill they were telling me it was downwind at Lanes).
That was another gnarly part.
I started the crossing close to the rocks, got pushed quite a bit out and ended it in the middle of the waves at Lanes. That meant having to dive under them and that took the last bit of breath I still had.

Once I was on the inside at Lanes, I finally spotted the board downwind. At that point I took it very easy (I had to... I was completely out of breath) and it took me forever to get to the board.
Needless to say, I sailed back to Hookipa and went in right away.
"Where's my f-ing lunch!!!"

it can always be worse

As you can see, today it was quite bigger than yesterday.
These are the shots I took at Hookipa after work.

Philippe gets the shot of the day with this beautiful bottom turn in front of a monster that, despite the 11 seconds period, has definitely a throwing lip. Good job. 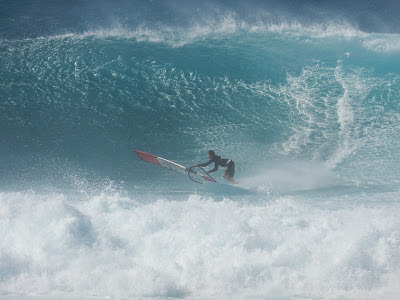 After the photoshoot, I was heading to kanaha for the sunset session when something happened to my car. The engine stopped at the K-Mart traffic light, which had just turned red.

I quickly opened the hood and there was plenty vapor coming out of it.
"Oh shit..."
The green went on and I tried to start the car to pull over. It did start.
"Wait a moment, there's a mechanic just a block from here!"
The temperature gauge went quickly into the red zone and the car stopped again as I was pulling into the parking of the mechanic.
He was busy helping another customer (he's always busy, because he's really good), but he told me to wait.
After 30 minutes he took a look and found a cracked radiator hose.
At that point it was well past 5pm, but he said:"Napa closes at 6. Take my bicycle and go get a replacement hose"
Of course he found a few other things to fix in my 12 years old engine cooling system and it was around 7 when he said he was done.

I kept going and going and going... I'm really good at imagining how much worse things could be.
In the end, I was actually not pissed a tiny little bit about missing a session. I was just really stoked and grateful that this had happened the way it did.

I don't love everything about myself, but this is definitely a thing I absolutely adore about my attitude towards life.
It can always, always be worse. Unless you're Jeando, of course.
If you haven't seen the movie or read the book, I strongly recommend both for a new outlook on life.
It's called The diving bell and the butterfly.