The NW waves at Hookipa were pretty nice when I did the early morning beach report, but the conditions deteriorated pretty quickly when the wind picked up. I took this photo after my short session. 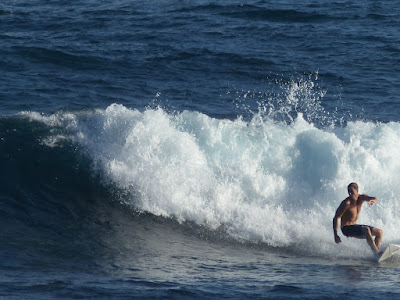 The first thing I notice when I go to Italy to visit my family is how still (and somehow boring) the sky is. In Maui, the clouds are always moving and here's the perfect little cloud with a few of her friends to express my gratitude and appreciation for another wonderful aspect of Maui's nature. 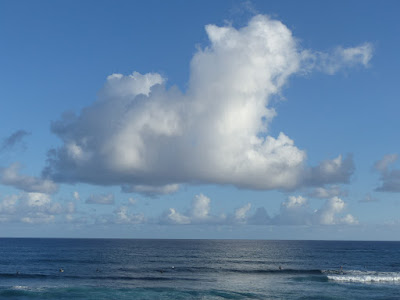 In the afternoon the windsurfers hit the waves at Hookipa, photo by Jimmie Hepp from this gallery.
I went for another exhilarating wave windfoiling session instead in which I went down the line for the first time without really knowing what the foil was going to do... so much fun! 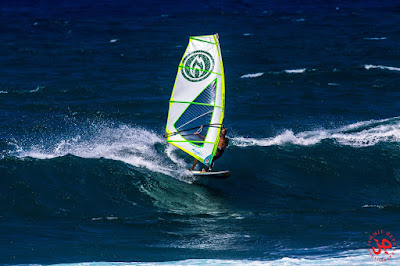 The directions at the outer buoys are all over the place, but I never trust them. Those weird westerly readings at the W and SW buoys are, in my opinion, the result of the interaction of the SW energy (correctly indicated by the SE buoy instead), the windswell and the NW energy. I can say that because I analyze the fetches every morning on this blog and I don't remember any west fetch that would generate energy arriving today.

Instead, I do remember a fetch in the Tasman Sea that lasted a few days and below is the collage of the fetches maps of Sept 16, 17 and 18 that show it. That means that there will be a small south swells for a few days. I will post a beach report later.

1.9ft @ 11s from 23° (NNE)
0.6ft @ 14s from 321° (NW)
Anotherr bunch of perplexing directions also at the northerly buoys. We'll fix that by looking at the Pauwela wave spectrum that tells us that there is still energy from the NW plus the windswell. Waves were a solid head high at Hookipa at Sunset. 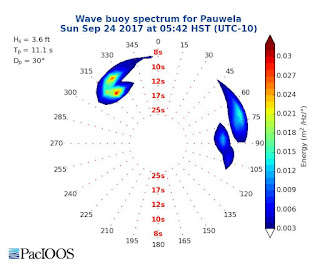 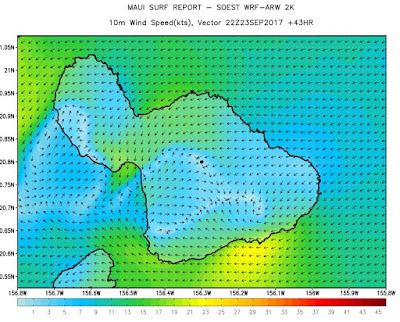 A couple of small and almost insignificant fetches in the North Pacific.

Not even that in the South Pacific.

Morning sky looks pretty clear and another stunning day is on its way. 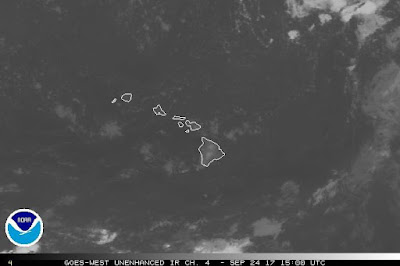