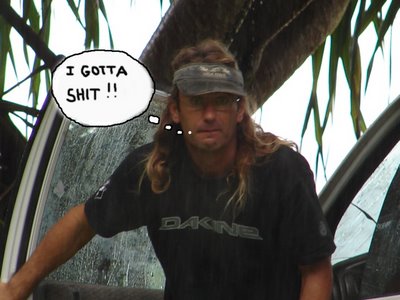 I had been monitoring the camping ground toilet from the van waiting for the right moment to strike. Ulli caught me coming out of the van and put in words exactly what I was thinking...
Posted by cammar at Friday, June 30, 2006 1 comment:

another weekend in Hana

This time we camped with Ulli, Michelle, Peter and Desiree.
Here's Ulli in a Kamikaze jump off a rock at Red sand beach. That was just the warm up. You should have seen him later jumping off the rope hanging from a tree over a pool at Seven pools, but I couldn't take the camera, because we had to pool-hop to get there... Trust me, pretty hard core. 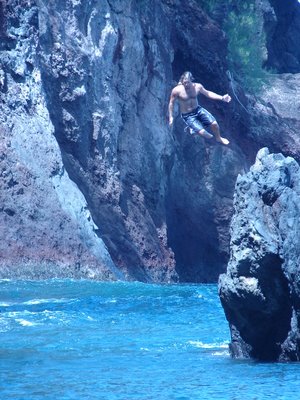 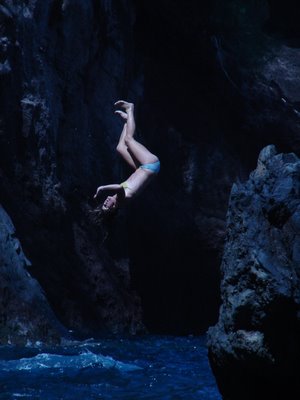 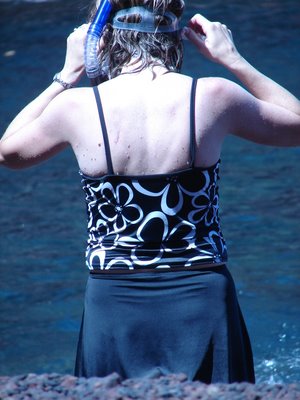 This dog was seamlessly running all over Koki beach with three legs. I like the way animals don't make a drama (unlike me) of phisical injuries. Look how he balances himslef on the only back leg. 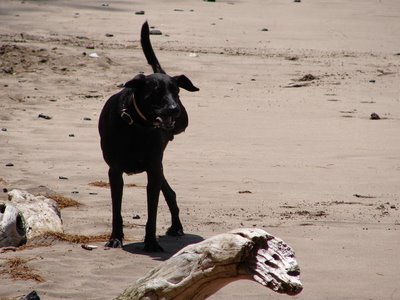 Some fun waves were ridden at Koki beach. 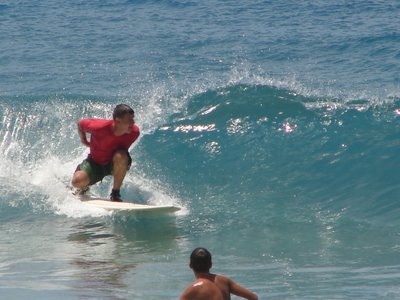 A group of spinner dolphins showed up quite close to the line up. For this pic, thank the digital zoom of my camera. 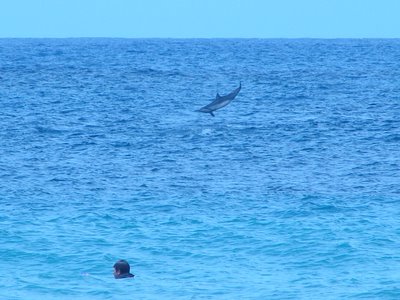 I got more photos to post, but the damn software seems not to cooperate anymore. I'll try again later with another post.
Posted by cammar at Monday, June 26, 2006 No comments:

I'm back after the Italy trip and I took a few pics today at Hookipa.

I remember Glenn trying backloops for long time. Guess how he eventaully learned to land them perfectly like this one? 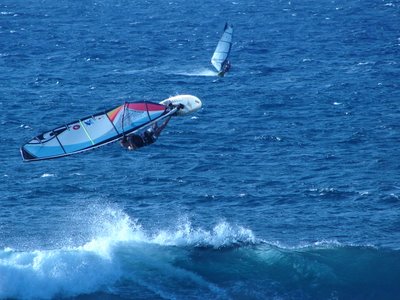 North east wind (grecale) is kind of chilly even in June, but it makes the air dry and clear and allows photos like this. The moon was quite full too and I put a jacket on and jumped into another night shots session. This is the best one by far. This castle is called Castel dell'Ovo and you can find a little history of it at http://www.capriweb.com/Napoli/SantaLucia/sluceng4.html
Hope you enjoy it. 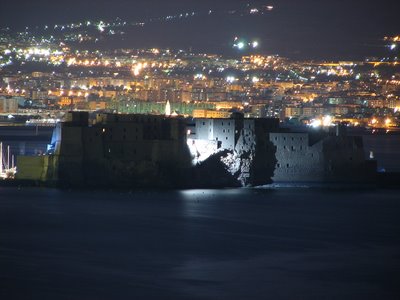 And since I just saw Sharon's last post (http://www.kinel.blogspot.com/), here's the same full moon seen from the other side of the world... 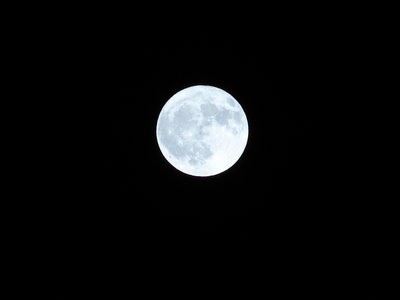 Yesterday I bought a trypode for 10 euros from a chinese sidewalk saleswoman and last night I took full advantage of it.
The photos below were taken at 11.30pm with a 30 seconds shutter opening time... I love this camera! 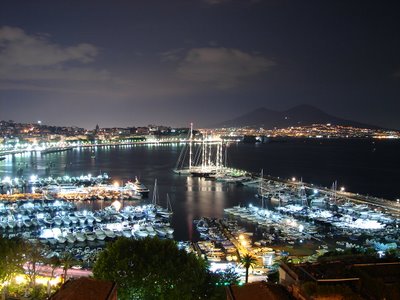 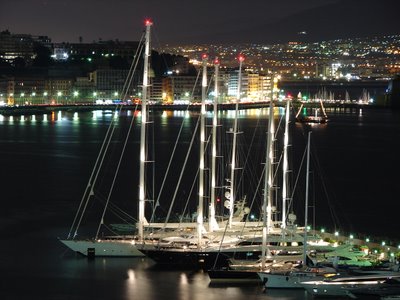 It looks like the "official" forecasters on the web are now saying that the upcoming south swell is not going to be that big anymore. If I had more time, I would post an a edited weather map and explain why I still think it's going to be a damn good one. But, believe it or not, I'm incredibly busy here in Italy (which is good, so time flies faster)... just trust me on that one. And even if I'm wrong, now there's a NNW swell getting ready to hit in 4 days, so there should be plenty of action anyway.
Said this, my knee is doing better just by resting. Official diagnosis only after MRI and orthopedic visit next Tuesday.
In the meantime, enjoy a couple of pics from Napoli... specially dedicated to all the napolitan emigrants all over the world... particularly the ones in Maui!
This one below is the Vesuvio. It's the volcano that a couple of thousand years ago (august 24th, 79bc) buried the towns of Pompei and Ercolano under lava, dust and debris. Now these two places are archeologists paradise.
There have been many more eruptions in history, the last one in 1944 (small kind). The volcano is now in a dormant state (just like Haleakala). That means that it can pretty much erupt again any time. As you can see from the number of houses, a big eruption nowadays would mean a very big number of victims, also because the roads are narrow and, even though there must be some evacuation plans, napolitans are not famous for following rules... 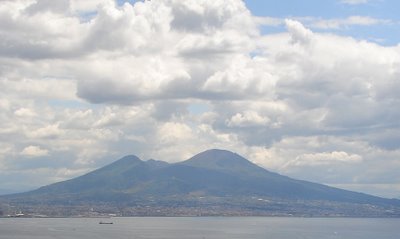 This one, instead, is the island of Capri (for the americans: the intonation/accent doesn't go on the last "i" like everyone says in the States... it goes on the "a"). It's a world wide known island of extraordinary beauty. In the gulf of Napoli, though, there's two more islands: Ischia and Procida. They are just as beautiful as Capri, but all in a different way (just like the Hawaiian islands). Just don't go there in summer time... way too busy!

Why south swells wait for me to be gone?

Last year I went to Italy in September and I missed one of the biggest south swells ever, with people flying to Maui from all over the world to ride Maalaea.

This year I went to Italy (where I am right now) in June. Here's Pat caldwell's last thursday forecast:
SUMMARY...Quasi-high south swell into mid Saturday. (this means that there's already a decent swell right now)
Into the long range... The zonal jet stream pattern south of new zealand is modelled to turn meridional, or more south to north, in the longitudinal band just east of new zealand. This could steer storms more equatorward, allowing a more established captured fetch in great circle bands relative to Hawaii, and leading to greater surf potential locally, centered around the common high surf date of kamehameha day
I just could not believe it and I had to go check myself.
Below is the weather map modelled to happen on June 6th. The one of June 5th is just as impressive. 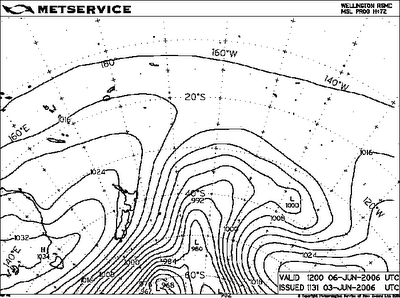 That means that Pat is right (yes, it happens quite often) and I am going to miss another epic one.
And even though my best friend tried to comfort me saying:"The waves, wind, water, toys and friends will all be here upon your return" (thanks baby, appreciated try), here's a simple thing I need to say on my blog:

I had these few last day pics from Maui to post. Eventually I'll post some photos from Italy too. Eventually. I miss Maui so much already... Anyways, here we go.

One thing I really don't like about western societies is that it pushes poorly souled people to buy and own useless and inappropriately expensive stuff. I try to live as minimalistically as I can. I don't care about fancy cars, clothes, restaurants, hotels, etc... One thing I can't resist, though, are water toys. Here's my collection. Most of them were retrieved out of the trash (notice the two boards that were used as yard sale signs...). I like fixing boards and I like riding different boards in different ocean conditions. In my next article I will describe a little story of each one of them. If you are Italian, look for the July issue of Windnews.
This photo was taken in the morning of the day I left to go to Italy. It took me two hours to do the display job and, even though I had so many things to do, I just couldn't miss the opportunity...
I also had to say goodbye to all my babies... we're gonna miss each other. 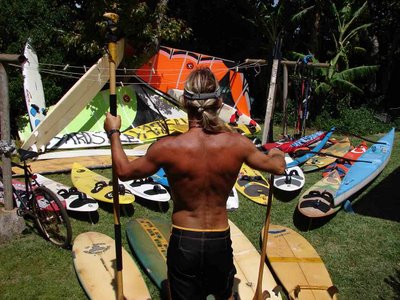 Usually having spider webs on something means that you've not been using that something for a while... But in this case, I used my canoe for two consecutive day! This guys built his home overnight. Sorry, wrong spot... I had to remove it. Next time, better pick my collection of classic books instead of an ocean toy... 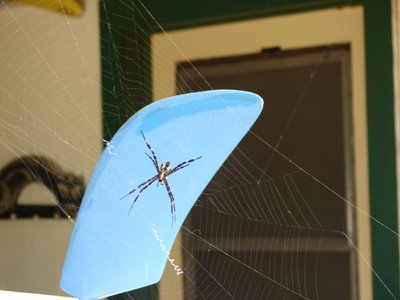 The day before leaving I ended up in a sale at a surf shop. There was a whole rack of Sanuk slippers 70% off. I bought them all. Each member of my family in Italy will receive a pair. 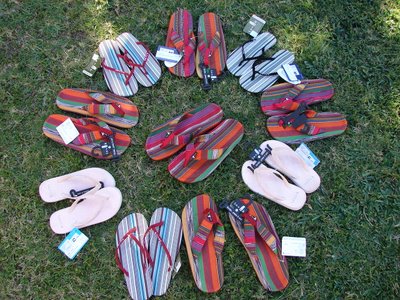