Hookipa was small but clean yesterday morning, this is an example of one of the best waves that were on offer. 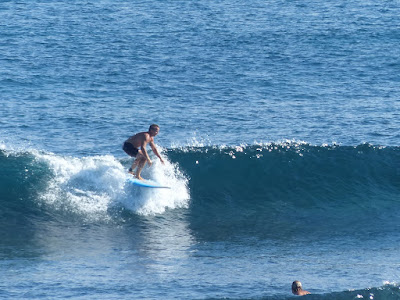 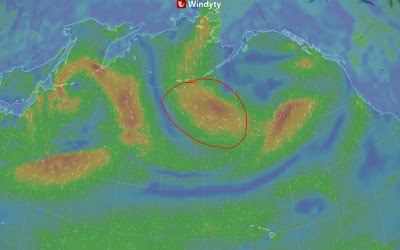 Hookipa is the spot to surf, since the energy from the south at the Lanai buoy is quite minimal. The South Pacific map from 7 days ago (May 30) shows a couple of fetches (west and east of New Zealand), but not much of it made it here. But check the Lahaina webcam if you prefer to surf over there, since it won't be flat. The extreme low tide will happen at 9.49am in Lahaina. That means that at least 1.5h before and after that it's still gonna be extremely low. 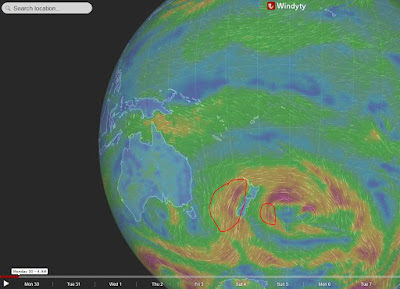 The trades are coming back today, even though still a bit on the light side. Could be sailable though as both the Windity and MC2km models at noon below indicate. 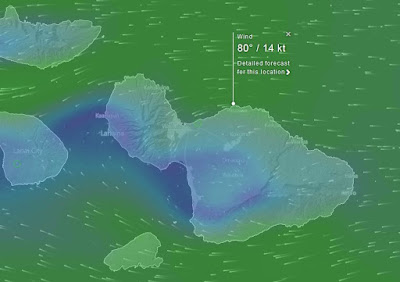 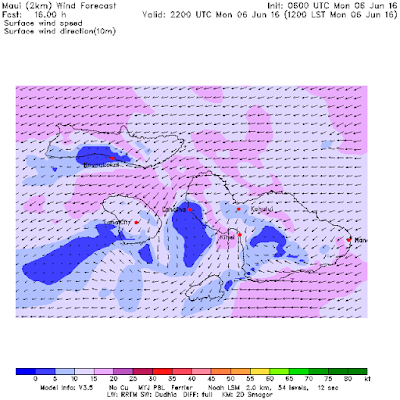 North Pacific map shows a couple of fetches, both kinda weak, but enough to keep the flatness away. 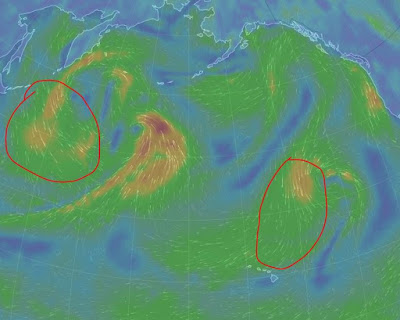 South Pacific map shows a really wide fetch well oriented for us. Next week's south swell will start around Thursday and last quite a few days. 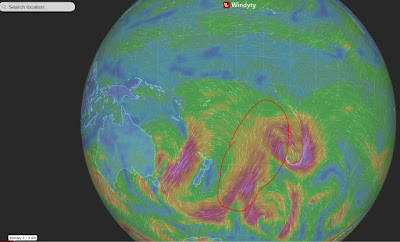 I finished watching the ladies' contest in Fiji and that was one of the best ever. Right after it, I saw the first heat of the mens' and the conditions, in comparison, sucked. They smartly get round 1 and 2 out of the way, because the forecast doesn't look good for the next several days.
Look at the map in fact, the winds in the Tasman Sea are blowing the opposite direction the should blow for making waves for Fiji. Next swell of interested, forecasted for June 14-15th.