If you missed the IWT windsurfing movie at the MACC yesterday, you missed out on an excellent display of amazing skills. The filming and the editing was incredible too, congrats to Jace Panebianco and the IWT directors Simeon Glasson and Russ Faurot for putting together such a testimonial of the passion and abilities of the world's top sailors. Windsurfing might not be as big as it was 30 years ago, but it's still alive and kicking.

Waist high Honolua was fun on a longboard. My reports always indicate the average size of the waves. Obviously, there will be waves that are bigger and smaller than the average. That was the biggest wave I saw all morning and every 15 minutes there was a shoulder high set. But it was waist high overall. 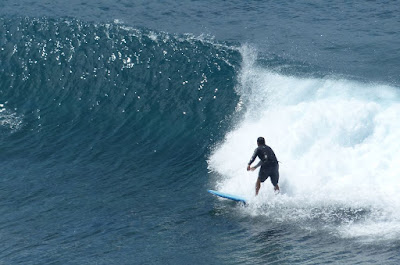 Not sure if that's the wrap of the NW swell, check the Lahaina webcam to see what's there.

6.4ft @ 11s from 32° (NE)
4ft @ 14s from 330° (NW)
NW swell disappeared at the NW and Hanalei buoys, sign that it will soon do the same locally. Below are the Pauwela graph and the Surfline forecast, both indicating that the main energy in the water is going to be the NE windswell for the next few days. Plenty wind on top of it, even though between squalls, it might lighten up a bit. The ocean is going to be rough anyway, we've had a pretty long run of poor quality surf. 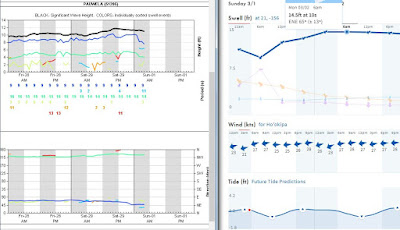 Morning sky shows the clouds that made the lightning show yesterday night. 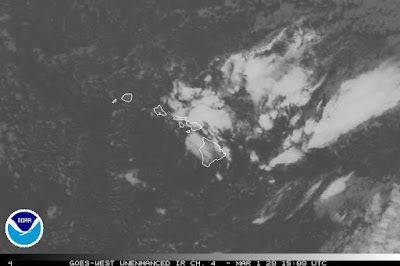 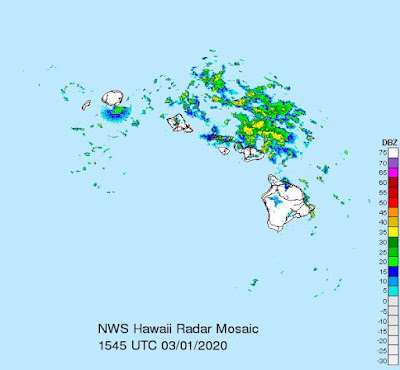