During my recent short stay in Oahu, not only I surfed my ass off, but I also had the chance to watch a few movies of the awesome Surf Film Festival at the Honolulu Academy of Arts.
Here's a brief description of each one and my brief review.

Last Paradise: An Eco Adventure Film 45 years in the Making
Director: Clive Neeson
New Zealand, 2010, and mins.
• July 13 and 25 at 1, 4, and 7:30 p.m.
The son of wildlife photographers, New Zealand director Clive Neeson’s life was one big adventure. The film starts with his parents’ footage of his action-packed 1960s childhood then graduates to Neeson’s own footage—from vintage shots of surf spots Noosa Beach, Petacalco, Spain, Portugal and Bali to proto-wakeboarding and snowboarding. Over time, Neeson saw that his 45 years of records of good times, faraway places and adrenaline-pumping feats could tell a larger story. Neeson reveals how the journeys of a generation of adventurers shaped their lives, values and vocations, and how they paradoxically laid a foundation for eco-tourism. These early sports pioneers’ exploits were rarely captured on quality film footage and most of it was kept under wraps to avoid exposing the secret and fragile refuges—until now.

Mark: 10. Awesome movie with a great positive message about trying to reverse the mess we're doing. Great vintage footage of the pioneers of many different action sports. More of a documentary than a surf movie. Great soundtrack too. I loved this movie.


HAWAII PREMIERE: Gum for My Boat
Director: Russ Brownley
Bangladesh, 2009, 33 mins.
• July 14 and 30 at 1, 4, and 7:30 p.m.
You’re invited to the Bangladesh Surf Club, which introduces a highly unconventional surfing method to more than 30 boys and girls, many of whom are poverty-stricken street kids. Due to a fearful, conservative culture, the ocean was once deemed off limits to these children, who now see surfing as a source of fun, escape, and even a way to make a living. The film follows professional surfer Kahana Kalama (a past guest star of Fuel TV’s series On Surfari) as he works with Hawaii-based nonprofit Surfing The Nations and learns that sometimes surfing involves more than catching waves.

Mark: 6. Enjoyable. Makes you appreciate that you are living in a place where you can actually watch a surf movie...


Fiberglass and Megapixels
Directors: Craig Hoffmann
Derek Hoffmann
USA, 2010, 48 mins.
• July 14 and 30 at 1, 4, and 7:30 p.m.
Every winter swarms of photographers come to Hawaii to focus their cameras on the best surfers in the world. The filmmakers shine light on the North Shore and the overcrowded image-gathering free-for-all winter surfing scene. The surfing industry relies on these awe-inspiring photos to sell surfing to the masses. But before those images can capture the attention of consumers, they first must be captured on camera. Professional surfers, photographers, and cinematographers share their perspective on what it takes and what it means to get that epic shot. This film has won awards at top national surf film festivals and was a hit at HIFF.


Mark: 8. Pretty damn good photography. Shows how some crazy good shots have been taken and gives an interesting view on the world of professional surfing (makes you want NOT to be a professional surfer). Once you have a sponsor, you're not free anymore.
PS. That's why I like my only sponsor Hot Sails Maui. Never one single time I didn't feel free to do whatever I wanted. Thanks Jeff!!!


Hanging Five: Five surfers—five artists
Director: Christopher Cutri
USA, 2009, 53 mins.
• July 15 and 24 at 1, 4, and 7:30 p.m.
This upbeat, joyful film focuses on five contemporary artists who also ride longboards: Andy Davis, Tyler Warren, Julie Goldsetein, Alex Knost, and Wolfgang Bloch. The artists distinguish themselves as artists who surf, but their artwork is inextricably linked to what inspires them—the power of the ocean and the energy and exhilaration of surfing.


Mark: 3. Even though most of these artists have interesting things to say, the movie lacks decent surfing action and gets boring way before the end.


Fire
Directors: Mike Stewart and Scott Carter
USA, 2008, 48 mins.
• July 15 and 24 at 1, 4, and 7:30 p.m.
Nine-time World Bodyboarding champion Mike Stewart has built a reputation as a top international waterman, dominating professional bodysurfing and bodyboarding events for more than two decades. Besides being a Pipeline icon, Stewart is one of the elite pioneers of deep tube riding at Tahiti’s infamous Teahupoo. This film is the culmination of his life’s journey as a wave rider, featuring incredible footage shot of and by Stewart.


Mark: 1. Without lacking respect to body boarding, I'm not attracted to it. What I like about surfing is the dance that the body does in order to achieve turns and maneuvers, an element that is extremely reduced in body boarding. I left as soon as I realized there was going to be no surfing...


Mark: 6. A bit too much talking about the life of Freeth. It was going to be a much poorer mark, but two final sections, one with Kelly Slater and one with the Malloy brothers being towed into some heavy, mean, big waves made it worth it. Sure makes me look forward to my October trip to Ireland!

That's how much I love surfing these days.

My buddy Paolo just sent me this shot from last winter. It was my birthday (I'm the one in the back) and we were surfing some really fun waves at Lanes in a completely windless day.
I was testing a 6.6 from the shop and that thing was very fast. I remember I had a blast. And Paolino too. Click on the photo... can you tell? 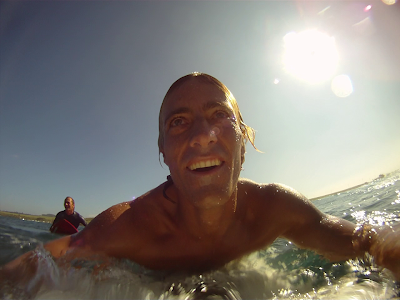 And the day before we sailed these kind of offshore conditions. 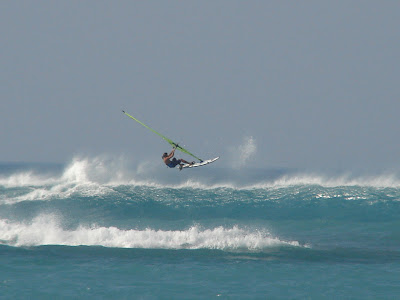 God, what an unbelievable winter that was. Had I broken my foot at the beginning of it, it would have been a major catastrophe!!!
I would have missed plenty epic sessions like this... 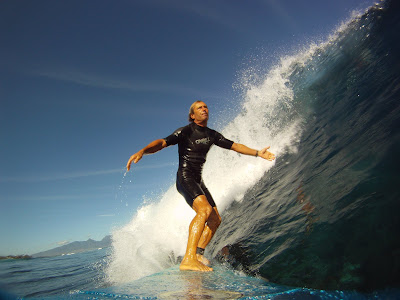 Allright, looks like south shores are already coming to some kind of life, so I better stop dreaming about last winter and go to sleep in order to try to get as much surf as I can... now!
Posted by cammar at Tuesday, July 27, 2010

Off topic, what ever happend to your custom sail from HSM? Might be time for an update. Please keep up the great blogging. -Thanks

Last time I checked (like a month a go), the panels had been cut.
Not sure where it is now, but I'm not worried.
Jeff said:"it will be ready when your foot is ready"...

I love your attitude towards bodyboarders! hahahahahah.....The only movie I ever walked out of was 'beaches' - I thought it was a movie about hot chicks on a beach, alas no