Douuble SUP session for me yesterday, here's some photos from the first one. 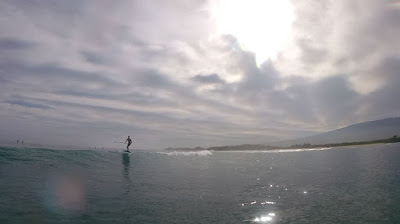 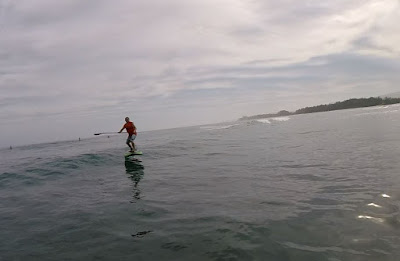 Another one for Steve, got to keep the manager happy. 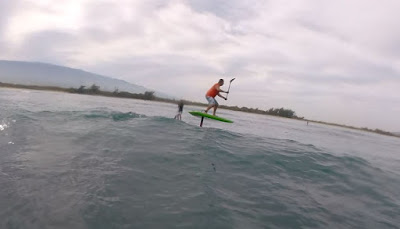 And since we're in foiling mode, here's a video posted by Flash Austin with his... thing.


This photo was taken by blog reader Tyrell at 6pm on the 24th and it shows that some of the big Fiji swell did make it to Maui's south shores. Surfline made this feature to document a spectacular week of waves down there. 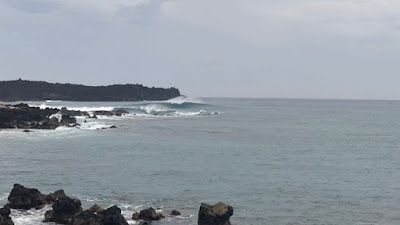 5am significant buoy readings
South shore
Most buoys on the Surfline page are down, the Surfline forecast calls for 1.8f 12s.

Still solid energy from the NNE and the NE. Stay tuned for a Hookipa beach report before 7am.

Wind map at noon shows some Konas in the Kahului area. Yesterday this model was totally off, the Kona at 2pm didn't happen. We can call it a model glitch. I apologize, I should have checked that the three models on Windguru didn't have it and question it, but I was in a hurry and didn't. Today though, they all show the southerly flow and the wind in Kahului is already blowing S at 6am.

North Pacific only shows an E windswell fetch and that's what we're gonna have for most of the week, before a solid NW swell will hit on Saturday. 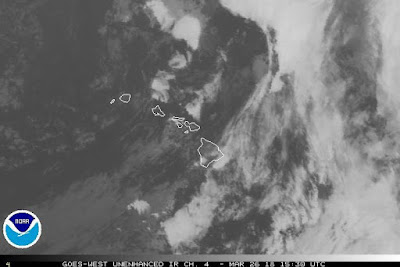