A longboard session at Honolua for me that was a 9. Couple of photos below. 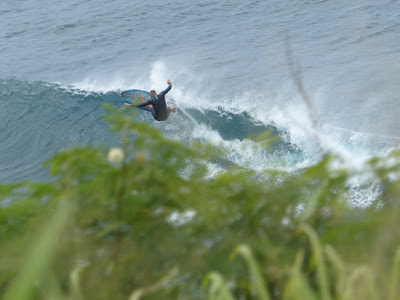 In the beach report I mentioned that at the beginning of the month I called for two weeks of waves at the Bay and yesterday (March 14th) it was the last day. Not much to brag really. If you know what works for a surf spot, the Surfline Offshore Swell forecast (links n.14 and 15) tells you 17 days of predictions (with the subscription). That's what I based my prediction on and it happened to be true. Credit goes to the WW3 model and a little bit to my local knowledge. It doesn't take much to build that on your own. Just read the post Buoys to Maui travel times and Maui's shadow lines to understand what directions work for the spot of your interest (all in my case since I'm very mobile) and then observe and correlate buoy readings with sizes and you'll have a solid base of knowledge in a few months. 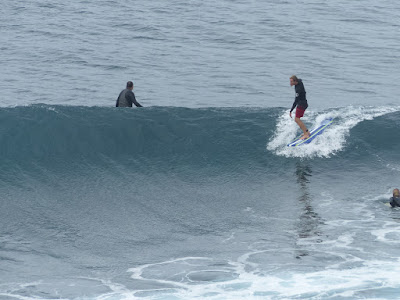 Lovely long period southerly energy is at the outer buoys, just as Surfline predicted. They only call for 1f 16s for Maui while there seems to be more than that, but we know that Kahoolawe can take its toll. Nonetheless, there should be extremely inconsistent sets today, on top of the refracted windswell that was already in the water yesterday with knee to thigh high waves. The two should look completely different in terms of distance between the waves (period) and frequency of arrival.
Surprisingly, Pat Caldwell doesn't seem to have noticed this small southerly pulse as he wrote: No surf from the southern hemisphere beyond tiny is expected through the period. What can I say, let's hope he's wrong. We'll find out soon, I hope I'll have time to post an beach report around 6.30am.

Northerly swell steadily tapering down, but still not quite dead yet. Thanks to the favorable winds, Hookipa will be very clean this morning and probably still up to head high. Can't post a beach report, as I need to be on the south shore very early for a company board meeting. 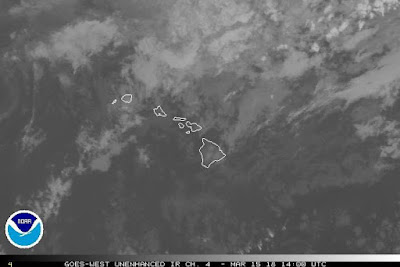 My favorite human on the planet Dr. Greger just came out with another little masterpiece. I love his pragmatism.