A longboard and a windfoiling session for me yesterday. Being able to do multiple disciplines and knowing where to go (most times, at least), helps me maximize the time in the water and the fun.

Here's some examples of what I just wrote: yesterday the Bay was firing and my friend Gianfranco was testing a new shape of his with his FinShot mount. Incredible angle, it's like having a personal photographer one foot in front of your board all the times. 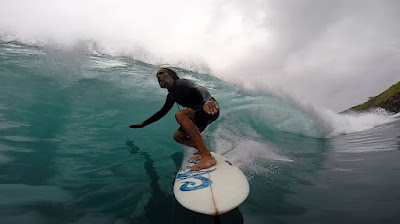 Also Marco was doing the right thing at the right spot. 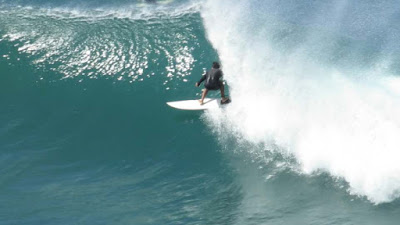 This windsurfer instead was trying to do the wrong thing at the wrong spot. 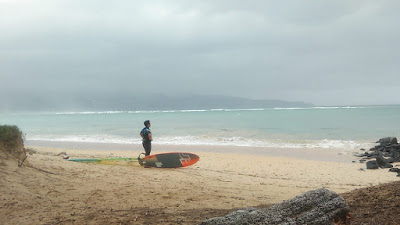 No indication of southerly energy at the buoys, the Surfline forecast calls for 0.4f 15s + 0.5f 11s.

Despite my doubts, yesterday the swell did reach at Pauwela the 12f that Surfline forecasted for Maui. Below are the graphs of the three reported buoys and this must be the first time ever that I see a NNW swell getting bigger locally than at the NW buoy. The only possible explanation (other than a buoy malfunction) is that the energy of the swell was bigger just east of the NW buoy. What is really impressive is that the Surfline offshore swell forecast was once again accurate.
Today we start with a still solid 7.7f 14s from 353 and that should gradually decline all day.

North Pacific is dominated by a massive high pressure and today there's pretty much no waves generated for us. That is in line with what Pat Caldwell wrote: After N swell wanes, below average spell from mid latitudes of north and south Pacific.

There are a couple of fetches in the South Pacific though, and that might be a sign of a season change. That fetch south of Australia is in a position which is not covered by the map on the right. By looking at the great circle rays right next to it, it might seem that it could be directed towards us, but I put a question mark since I'm not sure. That would be one of the most remotely generated southerly swell we can possibly get. 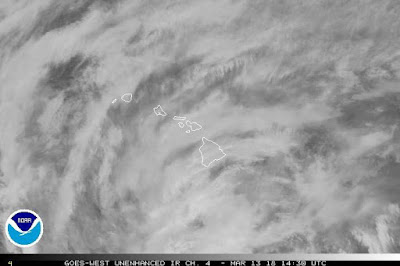 Get used to the cloudy sky, looks like it's gonna last for a while. 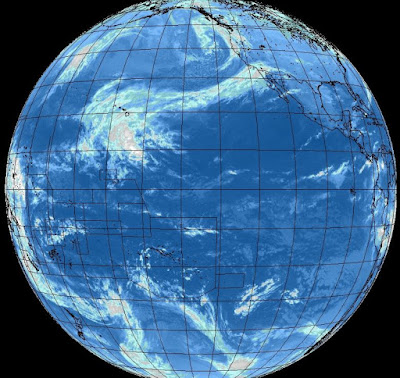