Thanks to blog reader Beau for his donation.

Day two of the GoFoil team riders meeting was held at the harbor. This two days meeting might have just pushed the level of foiling one step higher. The things I see today were quite inconceivable a couple of years ago when the SUP/surf foiling movement started (mostly thanks to GoFoil in Maui).

Check out Austin Kalama for example, who took off on this double up at Jetty's. With a slight bend in his knees his body is about 5 feet tall (that's what head high is btw, 5 feet faces). The mast is at least 1.5 feet out of the water and there's a couple of more feet of wave over his head, so that wave's face is 9-10 feet (not unusual at all at that spot). Not only he was able to negotiate the steep drop... 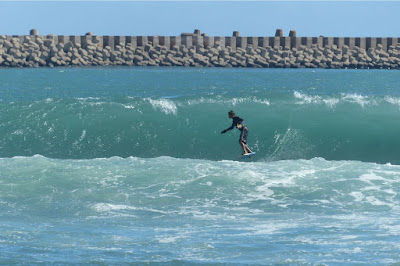 ...but also went for this crazy air rotation (he went off the back). 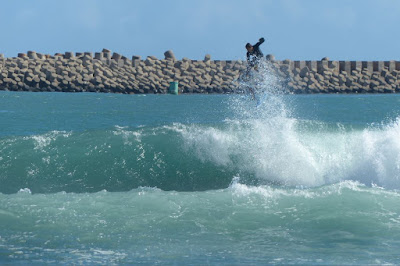 Or take Derek Hamasaki from Oahu, who can slash the tail of his board like if it was a surfboard (he pulled it off no problem). 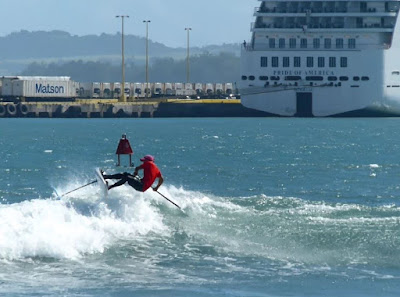 This young ripper is from Oahu. There were many visitors from the other islands, it seems that Maui has the best foiling waves (at least that's something!). 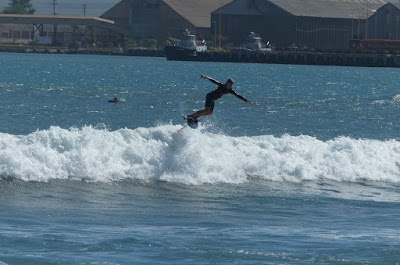 Well, we do have one world class wave (or two, the rare occasions when Maalaea is firing). Honolua was the place to be on Superbowl Sunday. 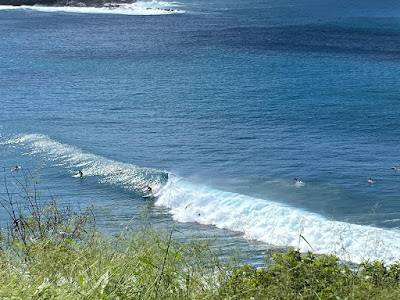 This is my pick of Jimmie Hepp's album of the daily windsurfing action at Hookipa. 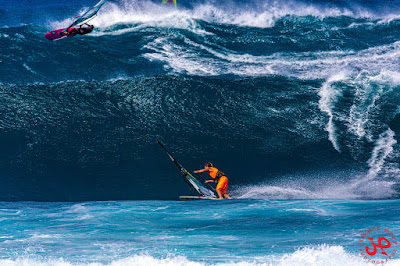 6.2ft @ 11s from 14° (NNE)
1.8ft @ 4s from 76° (ENE)
Today it's all about the NNE to NE energy that we see at the N and Pauwela buoys (tomorrow the same with smaller sizes). Hookipa and all the north to east exposures will have pretty good size waves. I might post a beach report later this morning.

North Pacific has a large NW and a ENE windswell fetch.

South Pacific has a small and remote S fetch for the third day in a row and a Tasman sea one. 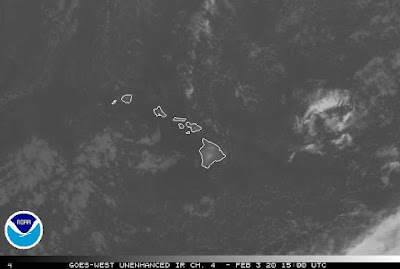