Been doing a lot of this lately, got a new board to try today. This is Scot by Tony. 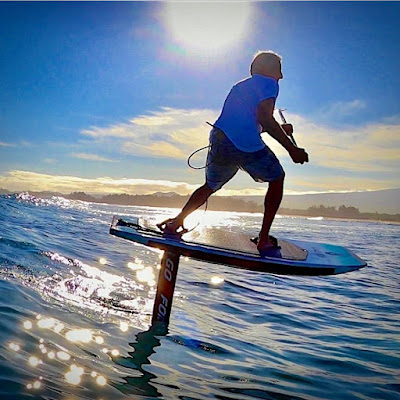 New long period pulse has arrived and it's quite modest. Pat Caldwell correctly predicted that due to the lack of strength in the wind in the fetch:
The second phase (third in my count) is from the occlusion of the low-pressure system south of French for 6/13-14. A strong high pressure near New Zealand in combination with the slow, eastward-moving low south of French Polynesia set up a long, wide fetch over the 170-190 degree band aimed at Hawaii with the head of the fetch reaching 35S or about 3500 nm away 6/14-15. The limiting factor for surf in Hawaii was the magnitude deficient winds that stayed mostly at the low end of the gale range. There were compact areas of stronger winds for a short duration. The seas stayed below 25 feet. Given the reach of the fetch into the subtropics, the direct aim, and the wide, long fetch, surf in Hawaii should climb above average. It should be much less than the recent large S event that peaked locally 6/3.

Check the Lahaina webcam if interested, for size, conditions and consistency: onshore at the moment. 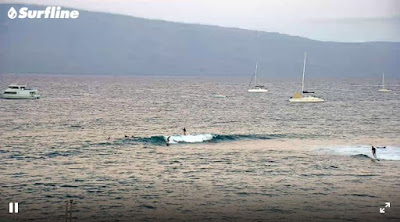