This photo of Cloudbreak was posted 2 days ago by Tavarua Island Resort. 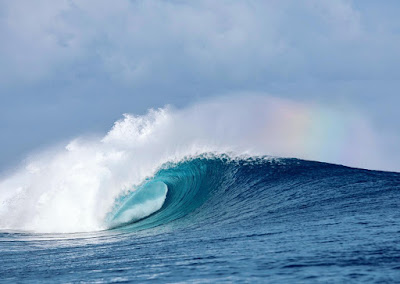 Old southerly energy holding up at 14s while new long period one hits the buoys too. Today should see the slow start of a series of southerly swells which should provide some days  of above average size. Pat Caldwell lengthily described the complex evolution of the fetches. I'll grab the one related to this new long period pulse:

Another low-pressure system in the high-latitude, zonal track aforementioned reached 170E SSE of New Zealand 6/9. It was much stronger with storm-force winds and seas to 35 feet, as validated 6/10 by the JASON altimeter. This event is expected to be a notch larger than the local event of 6/14-15. The onset stage for the new one should start early Tuesday from 180-200 degrees and be filled in by Wednesday 6/17. It should peak a notch above average late Wednesday then slowly drop toward background by Friday as a new event slowly begins 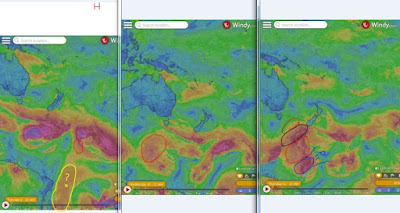 Check the Lahaina webcam if interested, for size, conditions and consistency. It started onshore, but it's cleaning up. 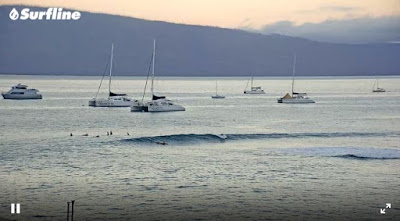