Another gorgeous day of surfing on the south side, despite the fact that the best photo I could come up with is this (didn't take many). 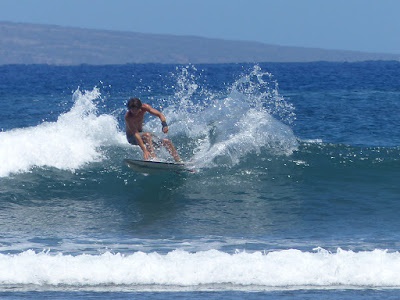 Hookipa had a little more size than yesterday. Japanese sailor Yoshi has been visiting Maui since ages and he's 73 years old! I picked this shot out of this gallery from Jimmie Hepp. It's also the biggest wave in it. 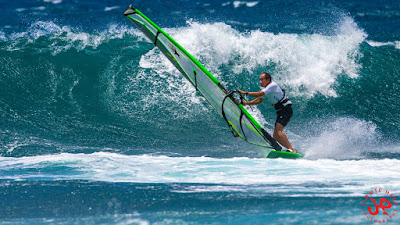 South swell going down and more south, but those are still magic numbers at some spots. Well, looks like the harbor is obviously one of them. But never trust a single image, check the webcam yourself. 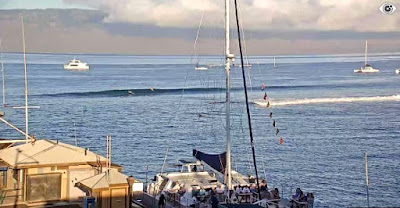 NW swell still barely in the local waters, but disappeared completely at the NW and Hanalei buoy. There's still some waves breaking at Hookipa this morning, but the orange line of the Pauwela graph below clearly shows the down trend. I think the windsurfers got very lucky yesterday that the peak of this bump was right in the middle of the day. 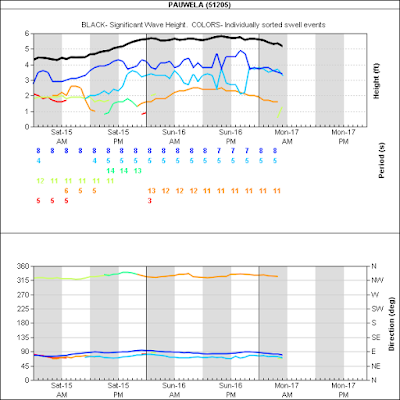 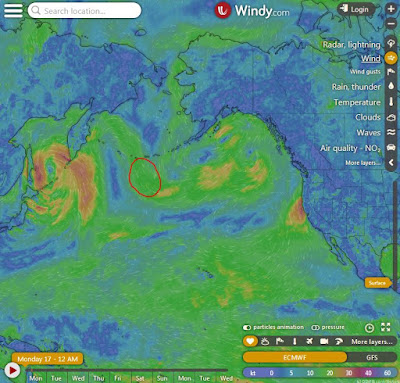 South Pacific has a new small but well positioned fetch just east of New Zealand. Could make for a small, under the radar swell in a week. 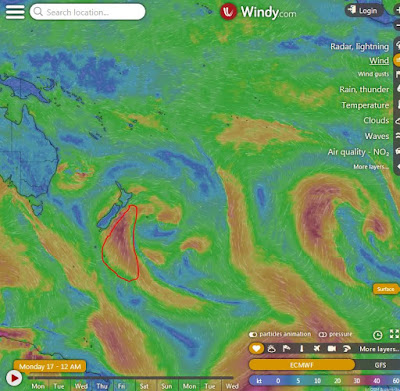 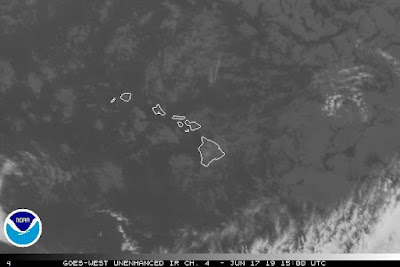