This is an image by Ben Thouard showing Matahi Drollet at Teahupoo. 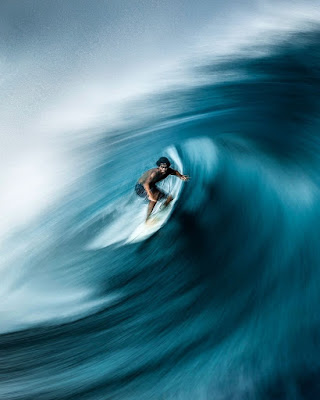 Usually I filter the readings and only post the ones that I consider to be significant (the long period southerly ones). But the amount of cross chop in the all the Lahaina side lineups yesterday made me think that maybe it was that short period SSE windswell I had ignored (but I doubt it), so today I'm posting all the readings. The windswell is still there, let's see if the cross chop will be still there.

As far as rideable waves go, we have the old S swell steadily trickling down but still showing 1.7ft 13s at Lanai and the new long period one clocking in at a couple of inches over 1 foot and 18s. Here's how Pat Caldwell described the fetch:
A storm-force low pressure tracked east hugging the Antarctic ice sheet to the S to SE of New Zealand 6/11-12. Surface winds were zonal, or west to east, aiming swell toward the Americas. Angular spreading could bring low, long-period surf to Hawaii starting Tuesday. Surf should be within background to average levels at the peak late Tuesday into Wednesday from 175-190 degrees.
Background level surf from the remnant of the long-period event and from trades in the southern hemisphere should be the rule for Thursday into the weekend.

Unfortunately that confirms my initial impression that after today, the rest of the week looks pretty meager. So check the webcam and go get them now. Long period and angular spreading should mean very low consistency in the long period sets. This is an image I just grabbed, at least is nice and glassy, unlike yesterday. 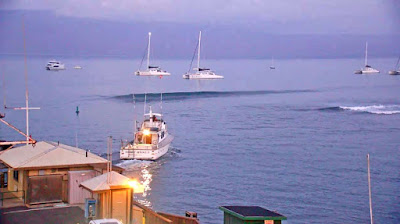 Pauwela is down (at least on the Surfline buoy page), but we can look at Mokapu for the windswell. Should be pretty similar here, hence flat to tiny again at Hookipa (windy alredy before dawn). 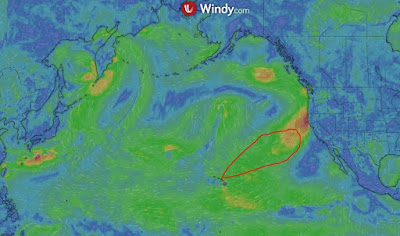 South Pacific has small/weak fetches here and there. 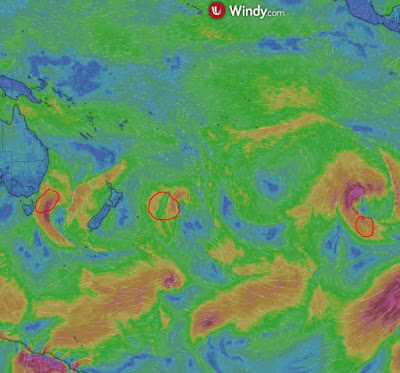 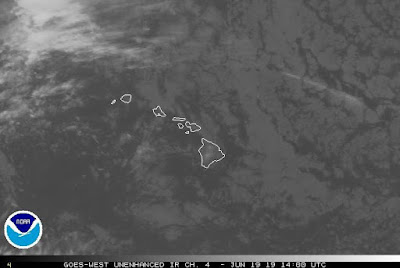