I found the time to edit the last Kai Penny video. He explains a bit the long period swells, talks some gear and surfs a lot. It's 10 minutes long and I even though it might be boring/uninteresting for many, I know there's blog readers and friends that will have a kick out of it, so it's dedicated to them.

The long period energy went up to 3ft 18s (!) yesterday afternoon and the waves were pumping everywhere. The still are this morning, but the trend is going to be a down one, as the graph of the Lanai buoy suggests (blue line, period going down). 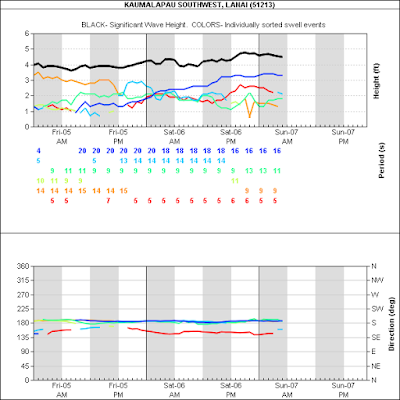 It's defininitely smaller than yesterday afternoon, but there's still bombs like this one. Check the webcam before going. 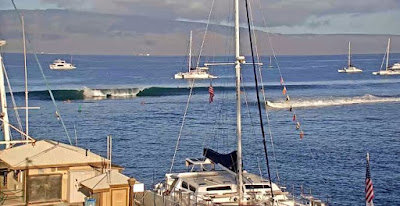 Both long period (distantly generated when it was a cat 4 hurricane) and short period (closely generated) energy from Barbara are in the water. Yesterday Hookipa has very inconsistent chest to head high long period sets in the middle of flatness. Should be similar today. I do see some white water in the background of the Kanaha webcam, so Waiehu must have waves.

North Pacific has a small out of season NW fetch and the windswell one.

South Pacific offers a strong fetch SE of New Zealand for the next big swell. Surfline calls for 3.2ft 18s (again!) in a week.

Morning sky shows how Big Barbara is. We got real lucky that it lost its strength... 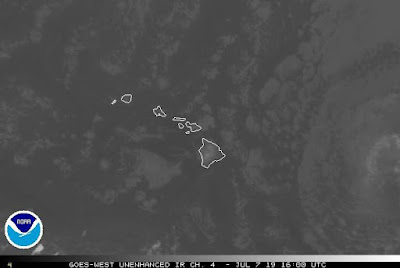