As Pat Caldwell said, the largest south southern swell episode was waving goodbye yesterday, but there still were the waist to chest high sets I called. No photos of the day, here's a wonderful underwater shot posted by Namotu Island Resort. 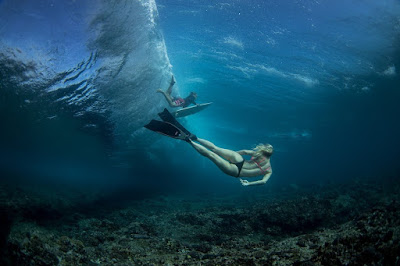 South swell down to 13s, but surprisingly there's also a bit of 15s energy at the buoys. I checked the fetch maps and the only possible source I found for the latter was that deep south fetch I circled on July 10th (map re-posted below).

Whatever the source was, the Lahaina webcam shows flat conditions with the very occasional waist high+ set, like the one below. Check it yourself before eventually going, as it's pretty slow. Tomorrow might be completely flat. 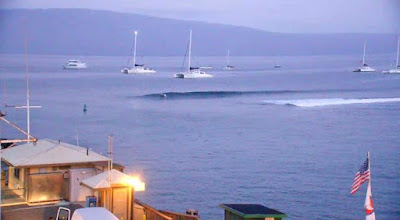 The NNE windswell episode is gone, now there's only the easterly trades one, which is on its way up. Hookipa had some weak, up to head high 8s waves yesterday, but with today's direction they should be smaller, although not completely flat.

Wind map at noon. Strap your boards well if you're driving by Ukumehame.

Just like yesterday, the South Pacific has a SSW fetch in the Tasman Sea and a SSE one. 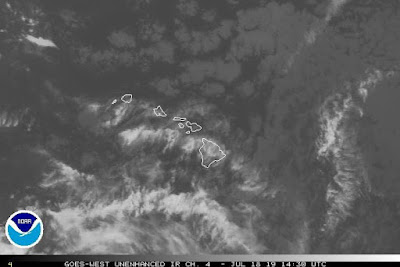