Today we open we an extraordinarily beautiful photo of La Perouse shot by OneMoreFoto. Sunday/Monday this swell reached a remarkable 4ft 18s, which has nothing to do with the so called "Hawaiian scale". 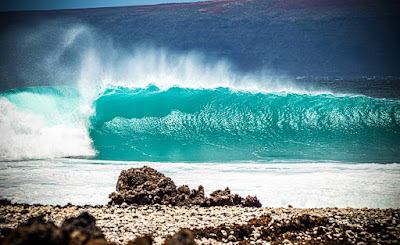 Beautiful numbers continue at the buoy, the wind on the west side should be calm till late, I'm loving it. Check the webcam before going, as usual. This swell will be reinforced by another long period one that has hit the Samoa Tuesday morning (red circle). The post Buoys to Maui travel times and Maui's shadow lines tells us that at 20s a swell takes about 3 days to cover the 2,222 nm that separate us from it. Should be here Friday, possibly even Thursday evening, as it will gain a few seconds on the way.

Notice also the remarkably high windswell that is also in those remote waters (11ft 10s from 109, blue line). And also notice that the buoy was giving the long period swell the same direction as the windswell (lower part of the graph), when the first one was very small. The bigger the ground swell became, the more the buoy could detect its real direction which instead is from the south. That confirms my theory that the when there's one swell with a lot of energy and another with very little, the buoy tends to fell the direction of bigger one. I've had many confirmations of that, but this is the most blatant of all, and that leads me to state that the theory is not a theory anymore: it's a fact. 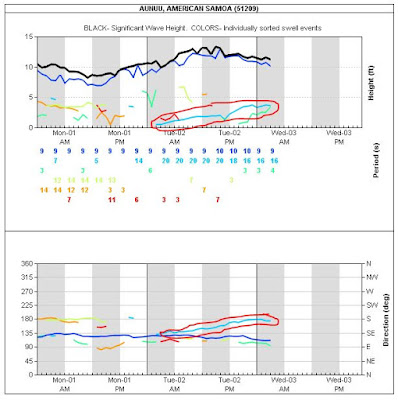 Tiny windswell, Hookipa will be flat to tiny again.

North Pacific has nothing other than the interest in following Tropical Storm Barbara approaching. The thing is heading straight towards us and will generate both a long and a short period easterly swell. Surfline shows a surprisingly high prediction of 5.8ft 15s from 100 on Saturday already.

South Pacific has two fetches, none of them particularly good for us. 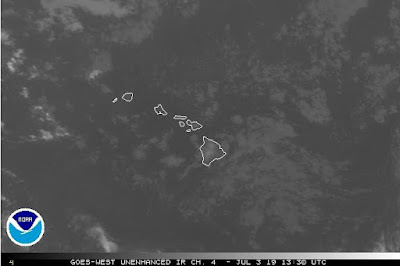