This is my Medina moment. 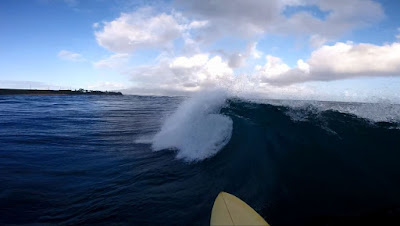 Hookipa had windswell waves up to head high. 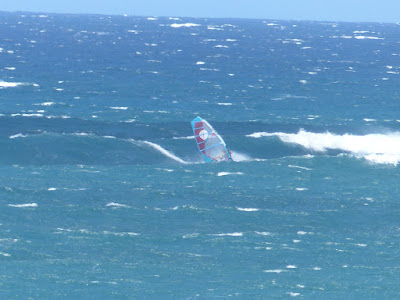 Lovely 14s readings at the buoys, but unfortunately the webcam looks flat to tiny. Check it out yourself. 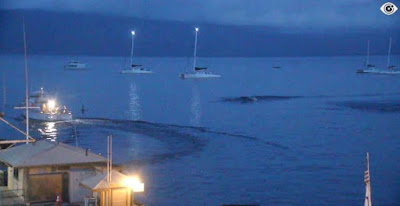 The trades windswell has increased thanks to Erick's contribution of pressure gradient. So there will be short period waves at Hookipa (possibly up to head high) and bigger on eastern exposures. There shouldn't be much of the long period energy, unless you go to Hana.

Below is the predicted cone for Erick. If that is confirmed, there might be a magic short window of waves on the south shore. Super hard to predict when, the models suggest Friday afternoon. 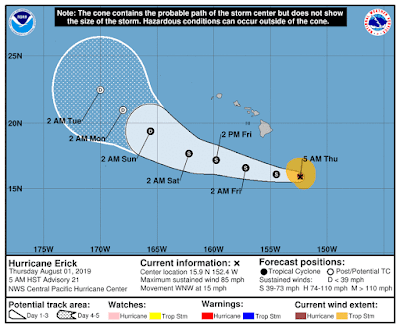 This is Flossie's cone. Too early for specifics, but it might shut down the wind Monday/Tuesday and offer clean conditions on the north shore. 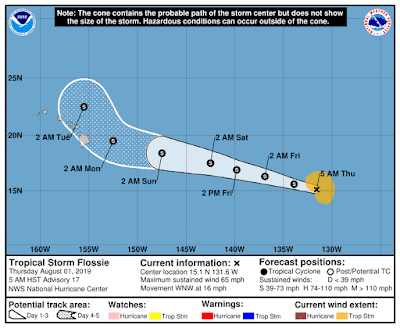 The model didn't update yet, this is the wind map at noon of the old run.

North Pacific has the windswell fetch. I didn't circle the ones related to the two storms, as they're too small to identify precisely. 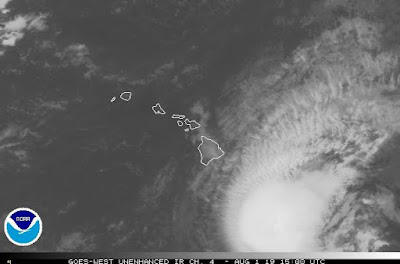