These are a few shots from yesterday morning's session. 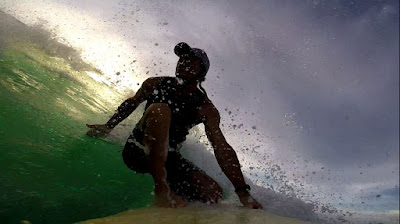 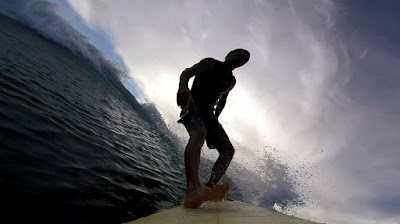 This top turn felt pretty good and now I know why: I compressed my legs right after it, ready to extend them again for the next maneuver. If I only would do that at every turn, my surfing would be much better. 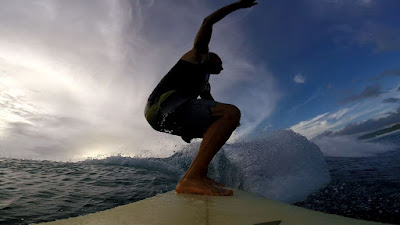 After my session, I had time for an half an hour photo shoot before work. Junior flying in the glare. 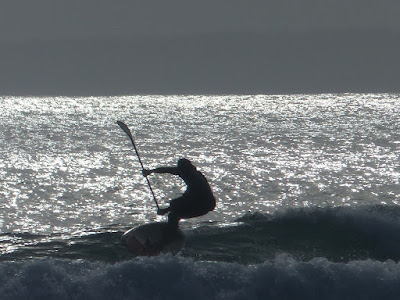 Board meeting with four friends. 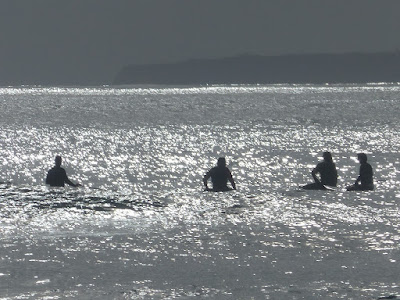 Dave Kalama chose SUP surfing. This is the bottom turn that led to the sequence below. 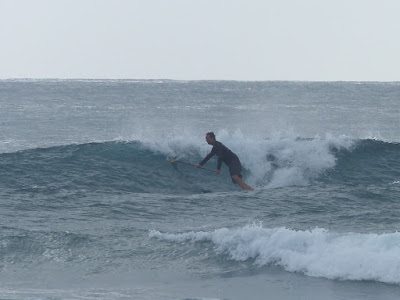 I stitched together three shots to illustrate how much Dave moved back his back foot from the position it had in the bottom turn to the position he wanted it for the top turn. On a big board like that (but it applies on ANY board) you need to move the back foot back and on the rail if you want to achieve a tight turn. This one turned out pretty snappy indeed.

The Lanai buoy readings would suggest decent size waves in Lahaina, but it's pretty small and very inconsistent on the webcam. For a change, here's a flat spell, but there's surfers out, that means there's sets. Check it out yourself. 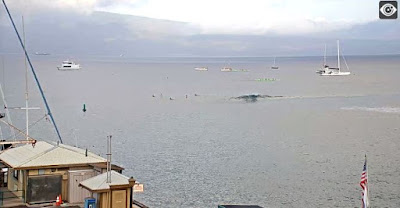 There you go, here's a set. 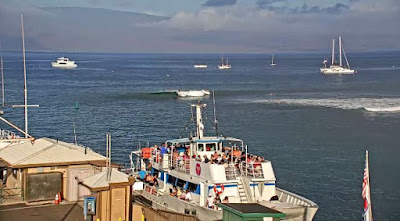 Bit of leftover easterly energy at the east facing buoys, yesterday Hookipa was tiny (but awesome for a sunset SUP foiling sesh together with the Australian Casey brothers who put up a show) and such it should be also today. Bit bigger on eastern exposures.

Not much windswell fetch in the North Pacific, only those small but intense distant west ones of the now two hurricanes threatening the Philippines.

Nice but weak S fetch down under. 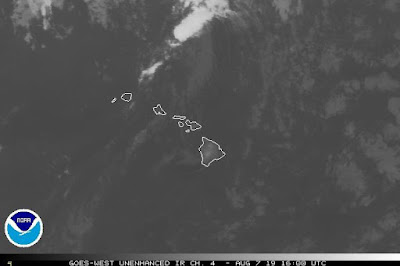