Screw the chronological order, a photo like this of Annie Reickert out of this surfing gallery by Jimmie Hepp makes for a magnificent post opening. 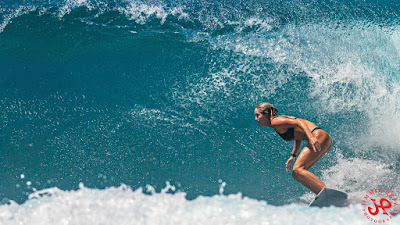 My friend Matias took this shot yesterday while I was ranking the conditions a 6.5 and leaving to go somewhere else. He did say that there not many good ones though... 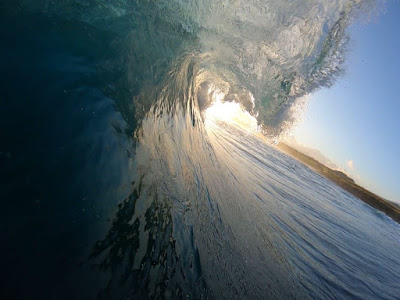 Here's a couple of shots I took later in the morning. Eddie's bottom turn. Loading the back foot. 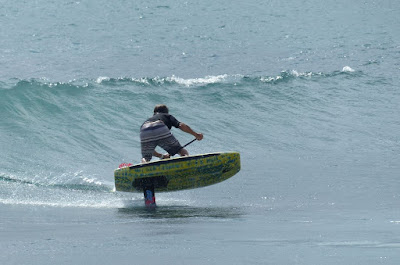 Donovan handling the speed out of cutback. Loading the front foot. 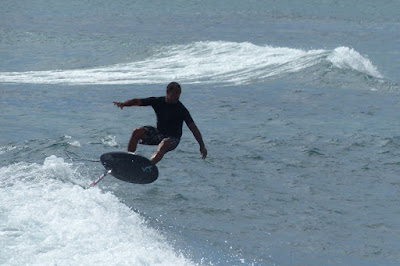 Back to Jimmie Hepp, this time with Robby Naish out of the windsurfing gallery. 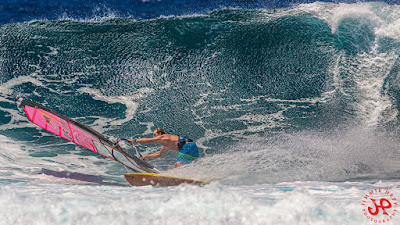 Lastly, I'd like to talk about an experience that really opened my mind about the potentiality of the wing thing (and I just started exploring!). Big thanks to Damien Girardin who let me try one of his designs. A wonderful 6m wing that got me up on the foil in 10 knots and less. To go that fast in that wind on a windsurfer, I would have needed a massive Formula board and a sail like 7.5 or more, which weights a ton. That wing was very light instead and holding it was almost effortless. 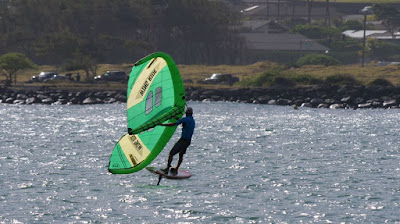 Other the intrinsic awesomeness to be foiling in very light wind conditions, a pleasant side effect of the big wing was that every maneuver was a lot easier to do, for the following two reasons:
- light winds are usually much steadier than strong winds
- a sail that big is a lot more stable and less twitchy than a smaller one.
I think I improved my jibes in a day the equivalent amount of a week on a 4.0 in 15-20 knots.
Thanks to John of Bluesmiths for the photos. 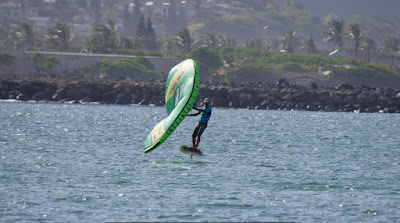 Nice southerly energy at the buoys, there should be waves on the south shore.
Check the Lahaina webcam if interested, for size, conditions and consistency.