Another awesome day of waves on the south shore. Jason Hall is working on the video of this session. Stay tuned. 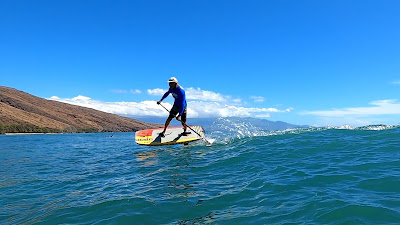 Pat Shipman flying with Kahoolawe and a squirell size barrel in the background. 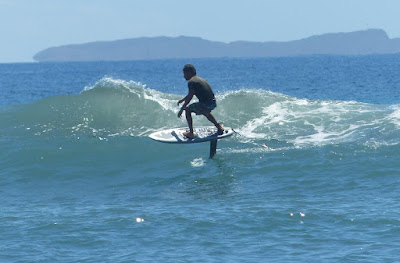 Here's Jason's video in a mid morning update. I'll post it tomorrow too.

South swell still hanging in there at 14s, should be another good day. Check the Lahaina webcam if interested, for size, conditions and consistency.

New NW short period energy on the rise all day. Below is the graph of the two reported buoys together with the Surfline forecast. In the Buoys to Maui travel times and Maui's shadow lines post I calculated that at 11s it takes about 6h from Waimea to us, so I drew a red dotted line to show how I think the swell will pick up during the day locally. Should be pretty good size already by noon. Hard to tell what size it'll be at sunrise without the Pauwela buoy, but it's for sure going to be something surfable.

Below is the collage of the maps of Oct 12 through 15, which shows a remote source in the NW corner  and a much closer one, that is aiming mostly to our west. 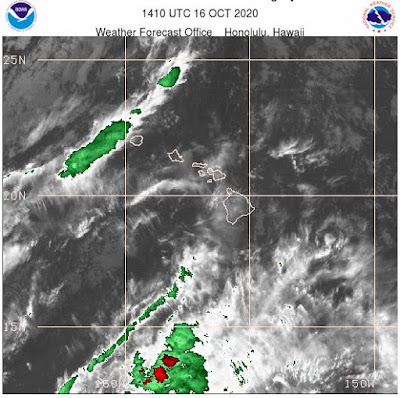