No Maui shots of the day, here's a random image found on social media. Photo by Avvenenti. 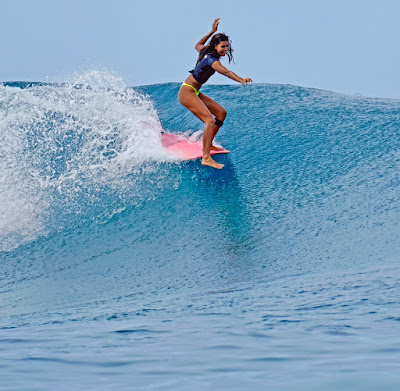 Below are the maps of Oct 4 and 5 that show the angular spreading fetch (blue circles) which originated the 14s energy on tap today. 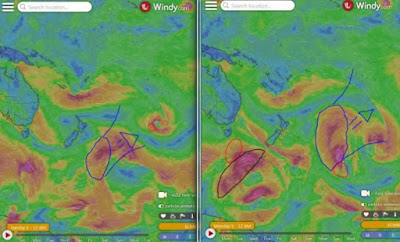 Being just at the "2 feet threshold" and from a southerly direction, Kahoolawe might block some of this energy. But it's nonetheless almost 2ft 14s (one of my favorite readings for Lahaina... not big enough to attract big crowds, but big enough to be really fun), so I would still most definitely check the Lahaina webcam if interested, for size, conditions and consistency.

New small NW swell on the rise, but nothing like the ones we had last week. Below is collage of the maps of Oct 7 though 11. You can see that the originating fetch(es) remained confined in the upper NW corner of the North Pacific, and that's why the size will be relatively small (but not flat) for the next few days.

Below are the graphs of NW101 and Waimea together with Maui's Surfline forecast. I drew a red dotted line to indicate how I think the swell would be at Pauwela. Couple of feet 13s, which will make for relatively small waves at Hookipa, possibly still up in the head high range, thanks to the remarkable amplifying capabilities of the reef of Maui's north shore most consistent surf spot. 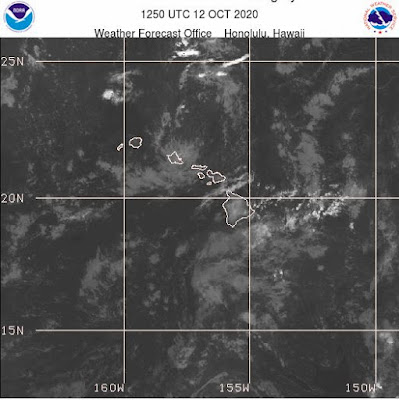