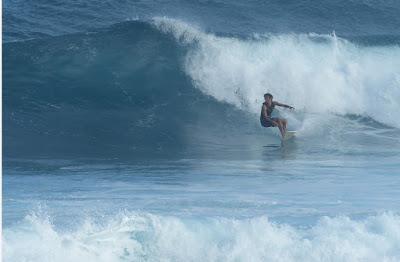 3am significant buoy readings and discussion.
South shore
Southerly energy not recorded by the buoys, as the NNW wrap is bigger. There might still be a tiny bit of it, but the south shore should experience a couple of days of tiny waves, before a Tasman Sea swell hits Sunday, followed by a proper south swell in the first half of next week. Check the Lahaina webcam if interested, for size, conditions and consistency. Here's an image at 5.05am thanks to the full moon. 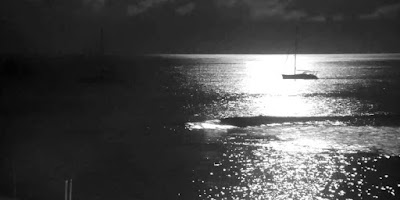 Below is yesterday's Pauwela's graph, the Surfline forecast and today's Pauwela's graph. As predicted, the swell went up considerably in the afternoon. Unlike the past one (and the last south swell), this swell did not surprise me with its size, as the fetch had a direct aim to us and it wasn't far away (see maps posted yesterday). Plenty more to come in the next 3-4 days, as brilliantly explained by Pat Caldwell. As far as today, 9ft 13s plus 8ft 15s will make for big and consistent waves (should be slightly declining at sunset before a new pulse hits tomorrow), so seek for sheltered places, unless you're a hard core surfer. 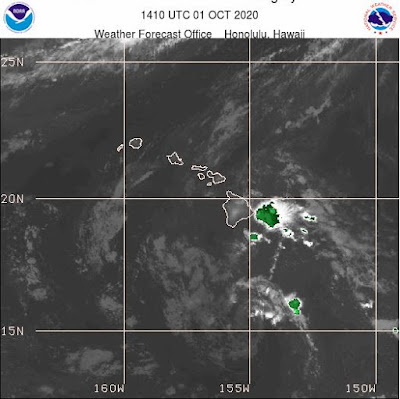 So, the law is clear. It is up to the director of parks and recreation to designate hours for each park. And the director is appointed by the Mayor.
Long ago, in 2006, I spoke to the person who was then Mayor about Hookipa hours, and he got the parks director on another phone line, and they agreed that Hookipa would open at 5:30 am. A little earlier, 5 am, would be better. This remained the Maui county policy until Mayor Victorino unilaterally and without notice changed it to the present policy, which seems to be 7 am or whenever they get around to it.

County says:
> Aloha,
> Under current Public Health Emergency Rules, County of Maui park hours are from 7 a.m. to 7 p.m.
> Thank you,
> Brian Perry
> Director of Communications
> Office of the Mayor


I looked at the March 18 proclamation, and there is nothing in it