The Hookipa windsurfers didn't miss the last day of waves from the northerly swell. Photo by Jimmie Hepp from this gallery. 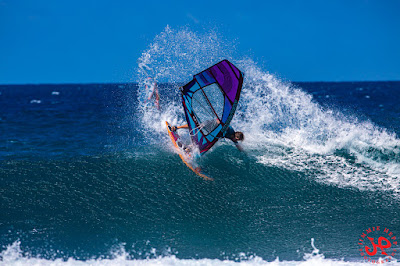 This photo of Zane Schweitzer gives me the opportunity to mention that we received a big Starboard shipment at Hi-Tech. Plenty SUP's, but also some foil and wing boards. 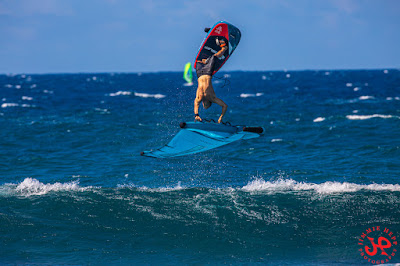 New long period swell on the rise, let's see how Pat Caldwell described the evolution of the fetch:

The Tasman low-pressure pattern shifted eastward with central pressure dropping to 945 mb near 60S, 180E by 00Z 09/28. At this time, the fetch shifted east of the New Zealand shadow. Storm-force winds aimed at Hawaii while the fetch was south of 55S, or near 5000 nm away. As the low center shifted eastward and winds behind a front pushed equatorward 9/29-30, the winds aimed at Hawaii steadily weakened. There was a narrow fetch of gales just east of New Zealand 9/29, though well less than modelled, as validated by the JASON altimeter, which showed seas under 25 feet. This event has all the ingredients to make above average surf in Hawaii, though it is not expected to be much more than the recent larger events of the past few weeks since the magnitude of the winds decreased as the fetch stretched towards Hawaii east of New Zealand.

Below are the maps of Sept 28 through Oct 1st that will help follow.

The Lahaina webcam shows the classic inconsistency of the start of a remotely generated long period swell. Party wave!

Here's an overhead one. 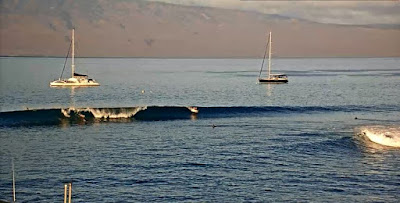 Northerly swell almost disappeared completely (it will soon), but the tropical storm Maria is sending 2.2ft 13s from 93 and that will make for some fun size waves on eastern exposures. I think the easterly energy will get even bigger then next few days, reflecting the fact that Maria moved north on its course and was "seeing" Maui's eastern exposures better. 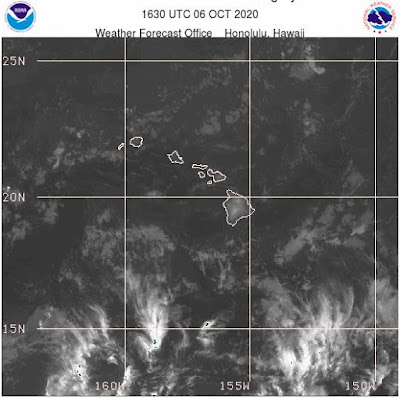