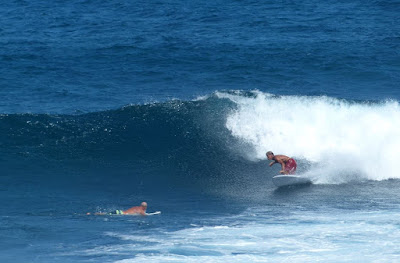 Decent numbers at Lanai, bit tricky to find out where this energy comes from. Let's see if Pat Caldwell helps:
A severe gale S to SE of New Zealand 10/2-3 aimed highest seas at the Americas. The PacIOOS/CDIP Barbers buoy 10/9 does show a rise in the 15-17 second band from this source. It should be filled in Saturday at heights within background to average from 180-220 degrees. A gale subtropical low south of French Polynesia 10/4-5 could add similar background-to-average surf 10/11-13 from 170-190 degrees.

NNW swell is gone, now we have NNE energy at the buoys surrounding us. Below is the collage of the maps of Oct 6, 7 and 8 that show the originating fetch (red arrow). Not the most impressive fetch, but we can assume that also locally there's 4-5ft 10s, so Hookipa and eastern exposures should have fun size waves. 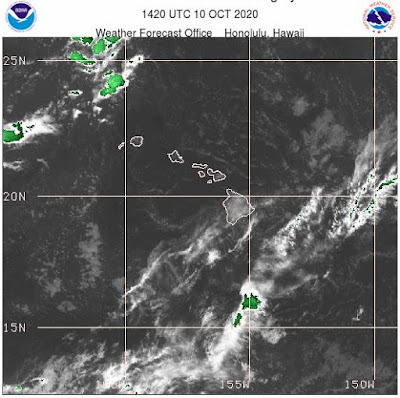