Photo of the day goes to the beautiful Danielle. 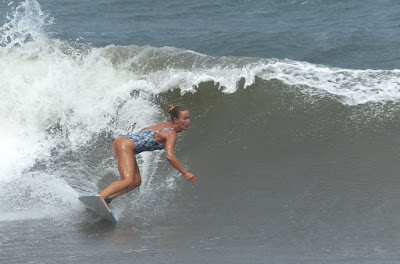 Small long period SSW energy at the buoys. Check the Lahaina webcam if interested, for size, conditions and consistency. Unfortunately, there's not much at all.

While the easterly energy continues to be pretty elevated, a new long period WNW swell will slowly be on the rise all day. The two NW buoys indicate very different directions, let's have a look at where the fetch was to determine which one is more correct. Below is the collage of the maps of Nov 9 to 11 that shows the fetch starting NE of Japan. Pretty westerly and very distant, I would not expect this swell to hit any spots on Maui's north shore other than Hookipa.

Below is the Surfline forecast that calls for only 3ft 15s tomorrow. My guess is that in the afternoon there will be inconsistent sets at Hookipa. In the morning, it's still going to be all about the easterly windswell. Probably still head high at Hookipa and overhead on the eastern exposures. 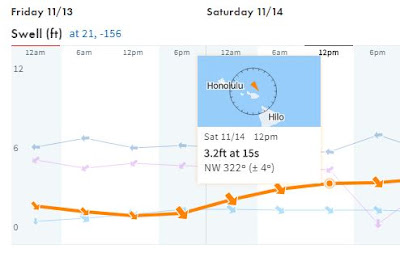 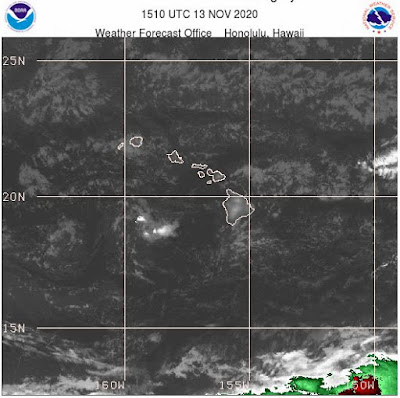