Thanks to Jon, Francesco, Shep and Jeff for the donations.

Well over 60 (if I remember right), kiter Steve Sadler is a legend. He got Hookipa to himself for more than an hour before some of the windsurfers decided to launch. 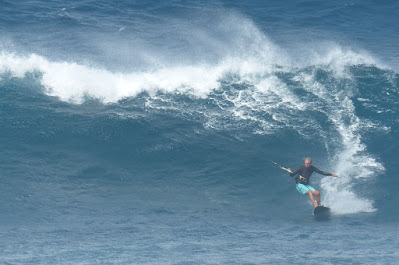 As posted in the noon call update, the swell started pumping in the afternoon. This is Zane Schweitzer showing us the size of those waves. 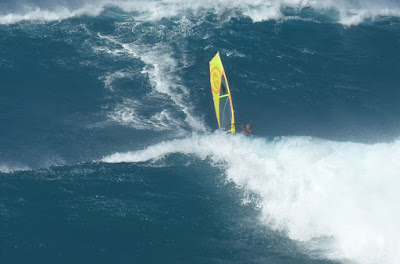 7am significant buoy readings and discussion.
South shore
No southerly energy at the buoys, the Lahaina webcam is down but there shouldn't be anything, other than a possible north wrap in the afternoon.

The NW swell peaked during the night, but it's still pumping at the buoys, so no shortage of size also today on the north shore with the harbor and Paia Bay the only surfable spots, also because of the blustery trades. The size on the upper west side will depend greatly on the direction of the swell which, as you can read above, is different at all the buoys. Below is the graph of NW101 on which I circled in red the change of direction towards the north, while Waimea still reports a direction of 322. The change should happen locally in the afternoon with the waves getting bigger along the Napili coast. 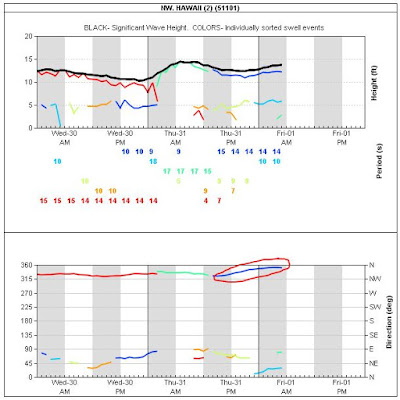 The waves at Pipeline actually look already quite northerly and Little Makaha webcam (and the Napoli ones) occasionally show some sets, but nothing substantial yet. Again, based on the scattered information available, they should increase sometimes in the afternoon. It won't last long either, as the storm really raced across the great circle rays (see the map collage posted yesterday) and it's very difficult to guess exactly when that window is going to happen. Honolua will have waves all day anyway (possibly not particularly big to start the day with), but keep an eye on the west side webcams to monitor the increase of size. 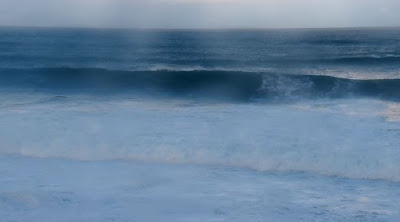 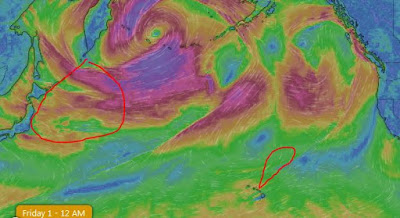 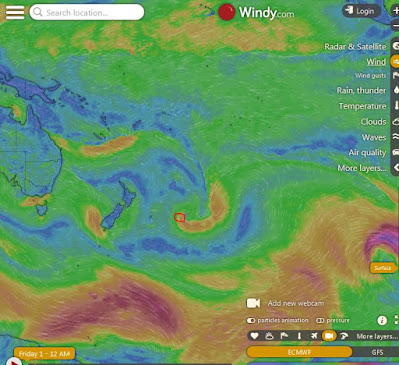 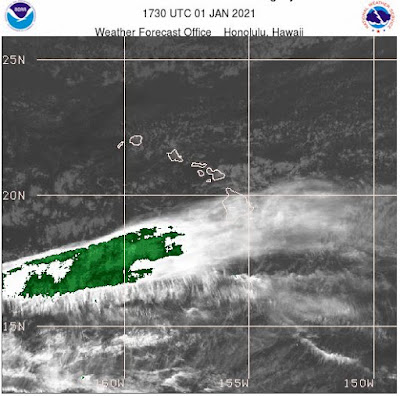