Thanks to the social media, plenty photo from yesterday's XL swell in today's post. Let's start from this shot of an outer reef of Ricardo Campello in front of a monster (photo: Robby Swift). 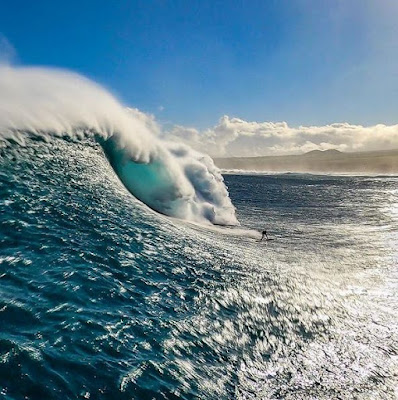 Honolua Bay was borderline too big with a very strong current. Only the top surfers could handle, this is Will Hunt (photo: Tim Baker). 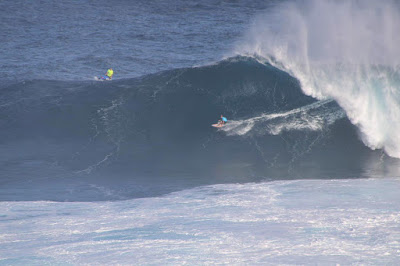 The further you moved down the coast of the upper west side, the smaller and cleaner the waves got. This is one of Kaanapali's beaches in a photo by John Patao. 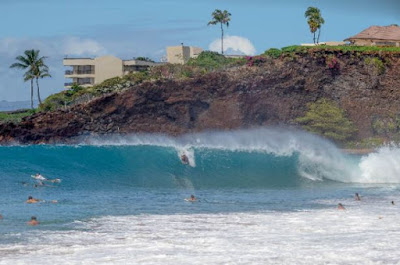 This might help understand why: the yellow line indicates the straight north (red dot is Honolua). 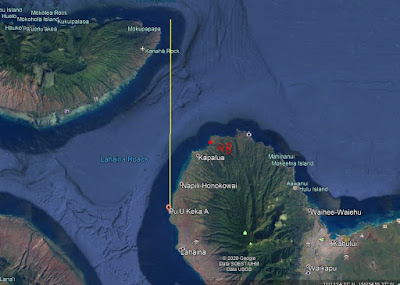 I drove around a bit, these are my shots. Yesterday's swell had so much energy that even the harbor was out of control. Here's a glittery closeout in the early morning. 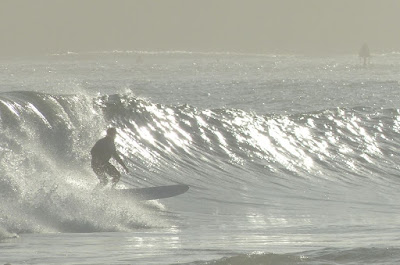 Hi-Tech manager Steve Roan looked a bit concerned in this drop, but he managed to keep it down. I saw a set at upper Guardrails that looked like Kirra. 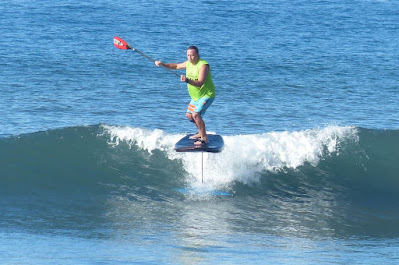 Grom pulling in at the Lahaina harbor. 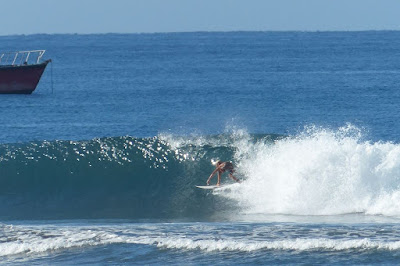 Back to the Kahului harbor mid morning, I caught this tow in at Pier One. 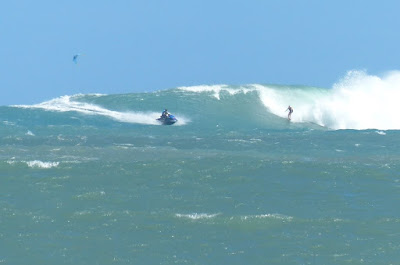 Kane caught a bomb at the harbor mouth but it was a straight hander burger. I'm sure he had more fun on the inside section where it was much smaller, but steeper, so he can put his foil "on the rail". 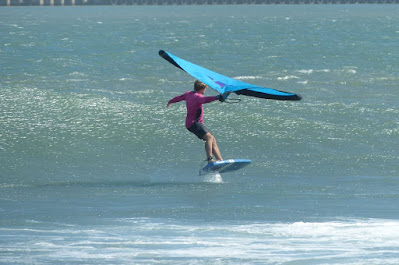 5am significant buoy readings and discussion.
South shore
No southerly energy at the buoys, the Lahaina webcam is down, there might still be a small amount of northerly wrap.

Yesterday I read somewhere that the North buoy is north of Maui (as you would expect). But instead it's NE of us (42 degrees, to be precise). The position of all the buoys is at link n.0 of GP's meteo websites list on the right column of this blog. 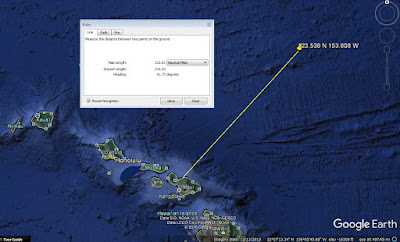 The northerly swell will still be the dominant one today, even though it should be a lot more manageable. Hard to guess the size of Hookipa without Pauwela and with such contrasting directions at the outer buoys. Waimea has almost 6ft 14s, but it could be bigger in Maui. My home guess for Hookipa is head and a half to double, I will post a beach report later. The wind conditions should be very good for most of the morning.

New long period NW swell will slowly rise in the background all day, but most likely only eventually at sunset some sets will be noticeable.
Wind map at noon .The other ones can be found at link n.-2 of GP's meteo websites list in the right column (click on animation of the 10 meter column). 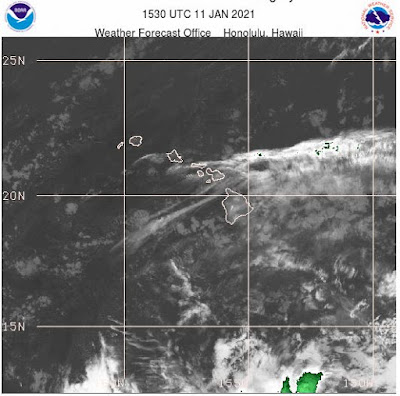 That outer reef is named Spartan's Reef. Other than that it looks like Jaws