Thanks to blog reader Hugh for the donation.

As predicted, Honolua Bay went off yesterday afternoon, the only photo I have is a phone one by Mike Jucker. I've seen other ones showing big hollow barrels. 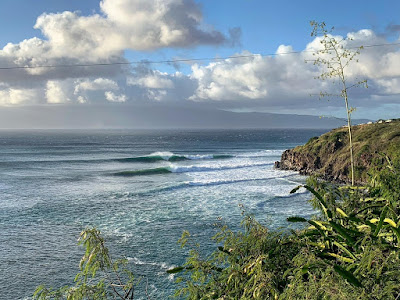 This is a frame out of video that Kai Lenny posted. With the wing and a regular board (no foil) at Jaws a couple of days ago. 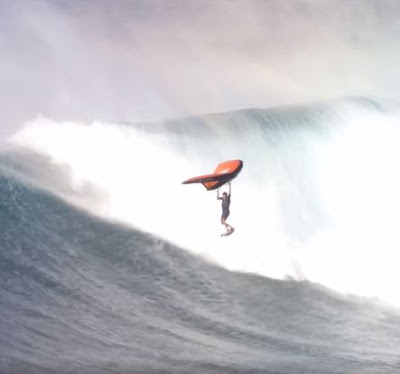 After that, together with Ian Walsh he got on a plane and flew to San Francisco to catch the same swell at Mavericks. Check today's weather map and you'll understand why: the whole North Pacific has westerly winds aimed at the west coast much more than at Hawaii. 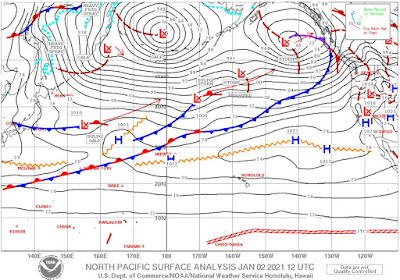 Below is a comparison between Maui North Shore (left) Surfline forecast and Mavericks. I got a feeling they might be there for a whole week, as the wind conditions seem to be very favorable. Leaving warm water for the frigid one of Northern Cali must be hard, but that's the job they chose.

4am significant buoy readings and discussion.
South shore
No southerly energy at the buoys, the Lahaina webcam is down, but there shouldn't be much.

NNW swell on the decline at all the buoys, today the size should be more manageable on the north shore. Hookipa still fairly big (head and a half plus is my guess from home) and rough due to wind and windswell.
Wind map at noon .The other ones can be found at link n.-2 of GP's meteo websites list in the right column (click on animation of the 10 meter column). 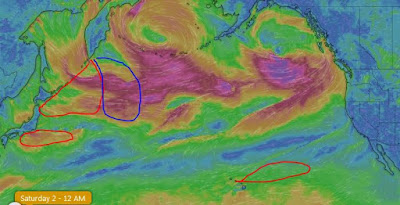 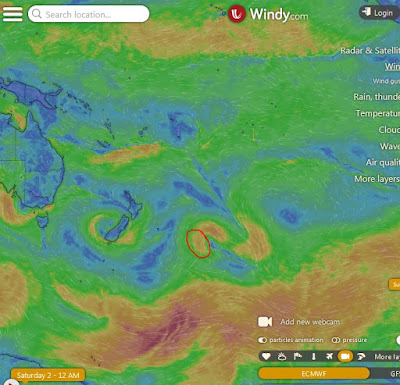 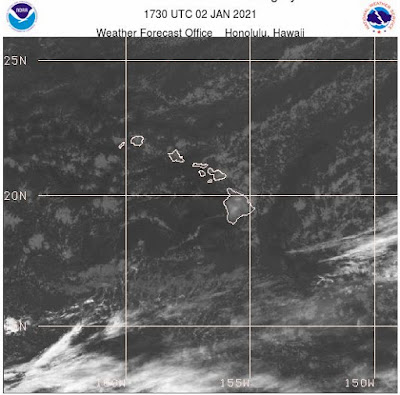