Thanks to Ken for the donation.

This is harbor Jetty's yesterday. 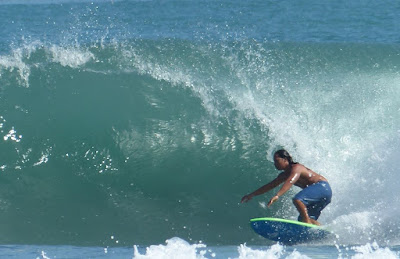 This is Hookipa instead, in a photo by James Flynn. 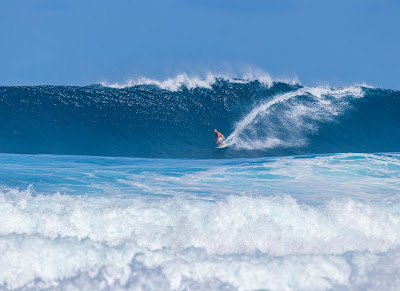 Jaws went off the last couple of days, here's some shots from Fish Bowl Diary, starting from Kai Lenny who very timely took out the same F-One Strike that Kai Penny reviewed yesterday on this blog. Notice the perfect shape of the wing, it really looks like a bird gliding. An eagle to be more precise. 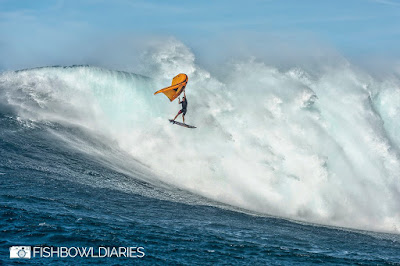 Erik Eader was there too and Robby Swift posted this shot of a radical aerial attempt. 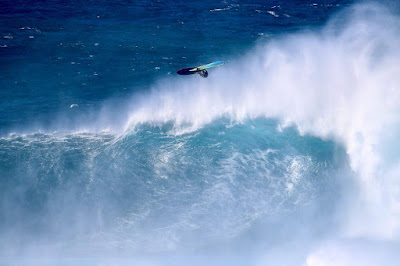 FBD has the same move from the jet-ski. The shots of January 7 are in this album. 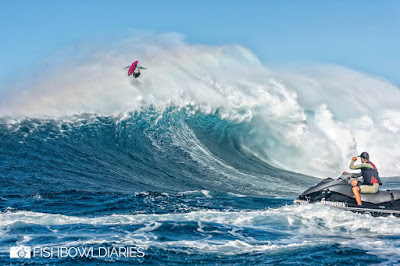 4am significant buoy readings and discussion.
South shore
No southerly energy at the buoys, check the Lahaina webcam if interested, for size, conditions and consistency.

The steady supply of NW energy continues at the buoys. Today the waves should be smaller than yesterday, with Hookipa probably around the head and a half mark. Beach report up later in the morning. 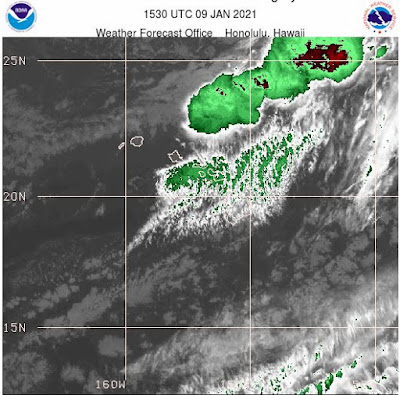