Hookipa in the morning was a beauty. 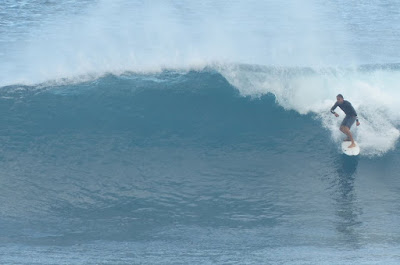 A lot choppier at sunset. 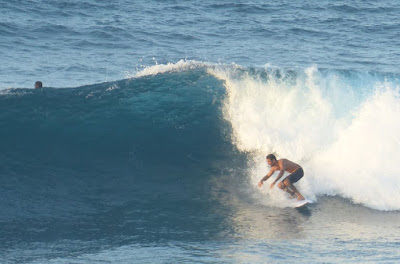 It wasn't a glitch, the SSW swell seems pretty solid at the buoys. Below is a photo posted by Scott Winer of pristine and empty Cloudreak on January 10th, but that usually doesn't mean much for us, as that energy can dissipate greatly while travelling through the Polynesian islands. 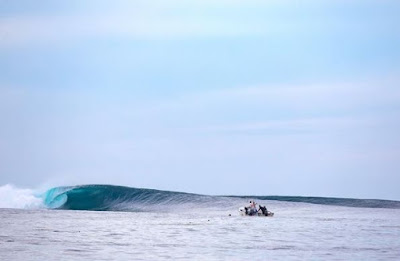 The Lahaina webcam is back online, so check it if interested, for size, conditions and consistency. Chech out this bomb! 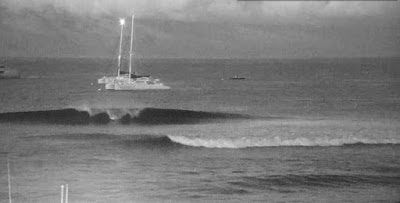 Fantastic news for all the Hawaii surf analysts: Pat Caldwell is already back online with on this page (which I recommend to bookmark). From it, I grabbed a snippet that describes the nature of the new episode of XL waves that is going to be in our waters today:

This first feature shot up like an Oigo Boingo dancer to 16 feet at NOAA NW Hawaii buoys 51001 and 51101 early afternoon 1/13 with energy spread from 8-14 seconds, or the short- to moderate range of the wave period spectrum. This event should arrive locally this evening and peak near dawn on Thursday centered from 330 degrees. The overlapping, short-end of the wave period band energy, swell trains are expected to make for more confused breakers with more waves per set and more frequent sets, given the close source, even the local wind becomes favorable on Thursday.

Below is yesterday's map that shows the proximity of the fetch.

Below are the graphs of the reported buoys and the Surfline forecast. As Caldwell wrote, there's going to be a ton of energy out there, not many lulls and strong currents. I would recommend seeking a sheltered spot or the upper west side. Honolua should be firing again, specially in the afternoon as the trades kick back in. Home guess for Hookipa is too big/wild to surf. Well, at least for me. 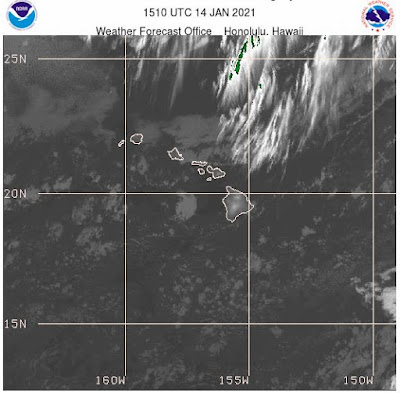