The wind yesterday at Hookipa was horribly strong and gusty.

The sailors who jump (pretty much everyone but me) were able to make the most of these dreadful conditions.
Getting out of the car after having parked at Hookipa, I saw Boujmaa going for a huge double forward. He went so high, that a tourist car on the highway stopped to watch and the cars behind went heavy on the honk...

I'm telling you, these days the Hana Highway is even more dangerous than usual. You're driving along and all of a sudden you see a colorful sail flying 50 feet in the air... that will clearly take your eyes off the road!
Later Keith Teboul commented that it was the biggest double forward attempt he had ever seen.

After that, I sat for a while and took some photos, hoping to catch some of this jumps. Here's the crazy Maroccan in a huge backloop in which I clearly didn't zoom out in time. Compare it to the other ones below to guess how high he went. 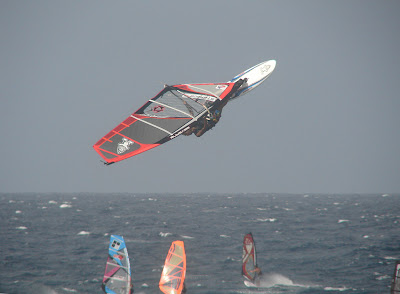 Here he is goitering his way. 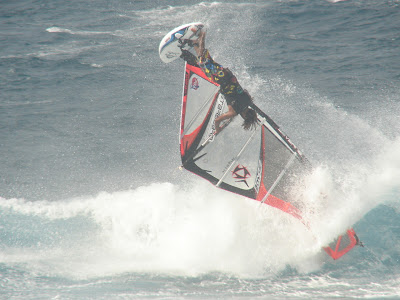 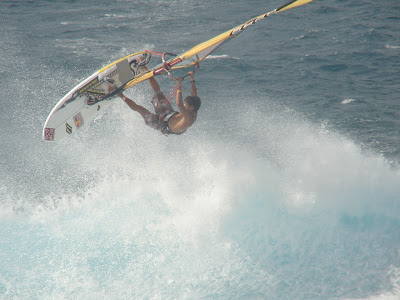 Taking photos of jumps is way more difficult than wave rides, specially when it's so crowded of good sailors.
You see four of them shooting out and you don't know which one to follow. Sometimes I ended up shooting photos just pointing the camera, without even watching in the display... check in the very top left corner.
No idea of who he was. Just to let you know that Boujmaa was not the only one going big. 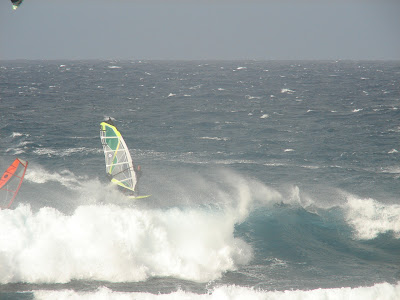 This one didn't go as planned. 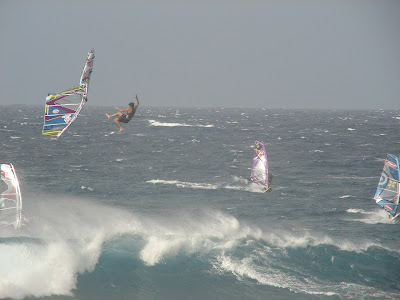 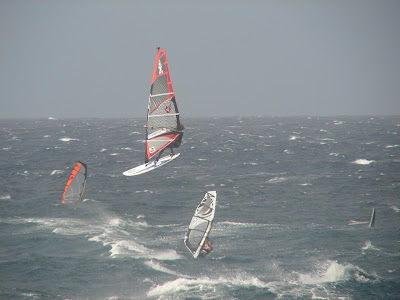 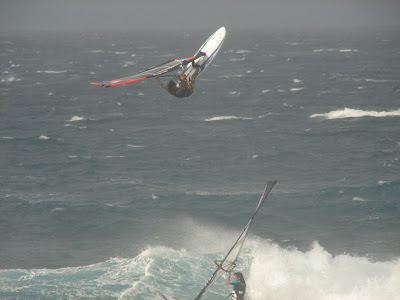 The photoshoot was suddenly interrupted by a heavy squall. After which, as usual, the wind dropped a bit and I decided to go catch a few. Did not have fun, since the wind immediately started blowing hard again.

The iWindsurf.com graph below clearly shows that the difference between lulls and gusts was constantly 20 mph or more.

Today more of the same and then HOPEFULLY, this damn wind will start easing up a bit.
Next week is shaping up as a really good surfing or wave sailing week. Big waves and light wind... finger crossed!!!
Posted by cammar at Thursday, October 28, 2010

Jimmie Hepp caught that huge double forward sequence in his facebook photo album. check it out!

Bouje rules!!! He absolutely rips and is the most humble, coolest guy.