A surf session, a massage and a windsurf session was how I filled my morning yesterday before my last work shift for 2.5 months.

I'm about to leave for my long summer trip in fact, that will see me first one day in Vancouver, 12 days in Italy, 2 months in Indo and 3 days in Melbourne before being back in Maui on August 21. The morning calls will hence resume on August 22, but of course I'll keep posting during my trips. Just not every day.

Sorry, no photos from yesterday. The NNW swell was filling in also at Honolua.

Still some windswell energy at the Pauwela buoy, while the southerly one at the Lanai one is very minimal. I'll check Hookipa first, I'll post an update from the beach later.

Wind map at noon shows some wind, it should be sailable again. 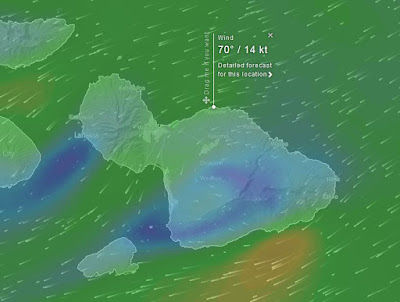 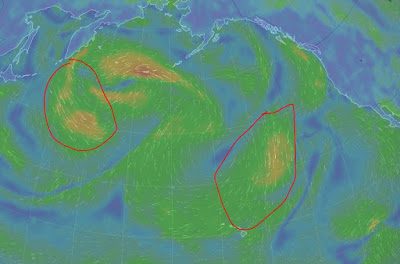 South Pacific shows a huge fetch east of New Zealand, the strongest part of which is aiming east of Hawaii. You guys will still get angular spreading. The south swell starting on Thursday should be long lasting. 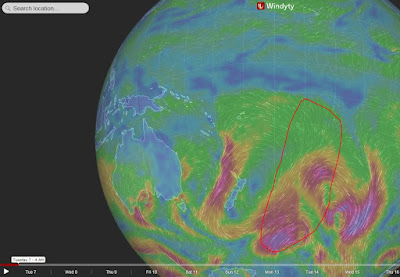