I did surf Hookipa yesterday morning. Conditions were average and this is the only shot I could get of Kai Lenny. Pumping that board like a foilboard with all fins out of the water to make the section. He caught a much better one after it and left... clearly heading somewhere else for more action (you can tell by the look on his face). 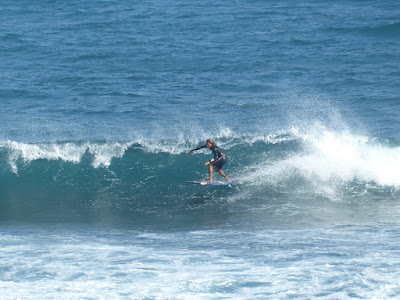 Does he ever sleep? Looks like not. Great night shot by Zak Noyle. 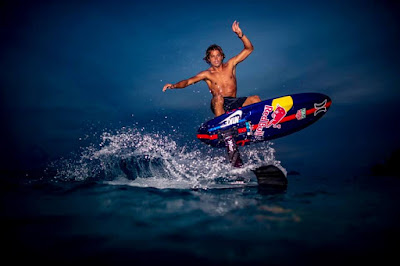 This is my pick of Jimmie Hepp's daily gallery of yesterday windsurfing action at Hookipa. 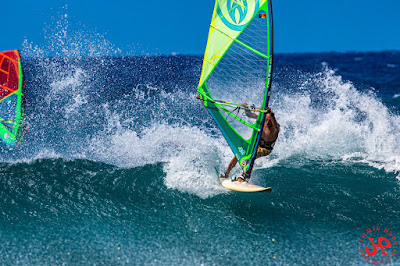 0.3ft @ 22s from 189° (S)
I admit I have been quite confused about the source of the southerly energy we've received in the last 2-3 days. Let's see if Pat Caldwell can shed some light:
A large area of low pressure moved east from New Zealand a week ago 9/25-27. Based on the jet stream pattern, it looked like potential for above average surf in Hawaii. But at the surface, the winds aimed at Hawaii in the 180-200 degree band were sub gales with the strongest winds west to east aimed well SW of Hawaii. Thus only a low event is expected locally building Thursday then holding through Friday.

Not much shown on the webcam unfortunately. And it looks like a bit of onshore texture. God, I might have to surf hookipa again!

NW energy is gone, but the NE windswell is pumping, Below are the two main options of today: semi-clean very small waves in Lahaina or a possibly head high plus mess at Hookipa (and eastern exposures). 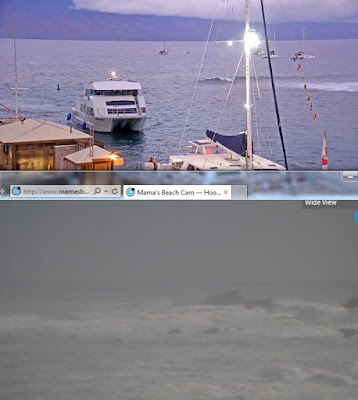 North Pacific has a NNW fetch (4.4ft 10s from 338 on Monday by Surfline) and the windswell fetch.

South Pacific has a fetch E of New Zealand. 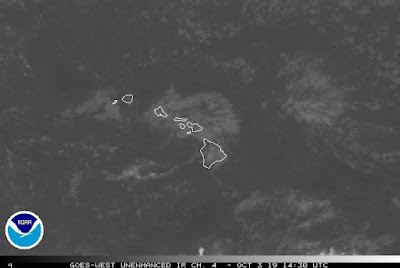