Small, but fun waves in Lahaina, this is a fellow foiler at guardrails (sorry brother, forgot your name). He didn't touch the water with his board, so that tiny bit of spray is coming out of the mast/foil and that means it was a pretty sharp and hard to control turn, but he managed nicely. 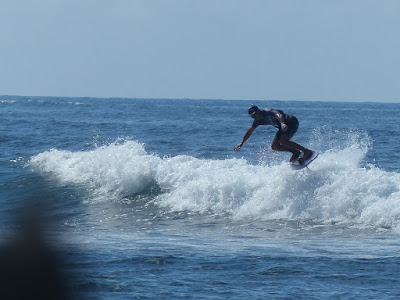 Talking about foiling, I forgot to mention that the day before I was there by myself when Kai Lenny and a couple of friends (one of which was a young and nice Brazilian guy, who I later found out to be the big wave pro surfer Lucas Chianca). Kai was on his tiny prone board with footstraps and he put up an incredible show. I discovered it's quite hard to keep the focus on your ride when you have someone in the corner of your eyes doing a massive backflip up in the sky after pumping out and hitting the same wave that you are riding... Much more relaxing to watch him doing and landing aerial 360's while I was paddling out after my wave.

The waves at Hookipa seemed mostly head high in Jimmie Hepp's daily gallery, but there were also bigger ones like this. 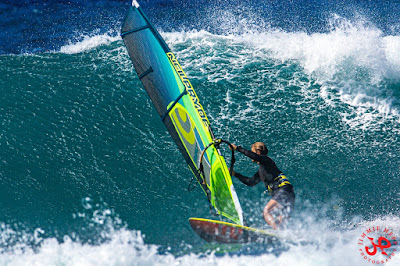 Southerly energy trending down at the buoys. Below is the collage of the maps of September 22 through 25. As you can see, there's no strong fetches in the first two, and that's why I was surprised about the size of the waves in the past couple of days. On the last three instead, there's those elongated ones along New Zealand that Pat Caldwell described like this:

Gales in the Tasman 9/23-24 have low odds of delivering small surf locally for Wednesday 10/2 out of 208-220 degrees.
The Tasman Sea low pressure area moved east of New Zealand 9/25-27 with highest seas aimed more zonally, or west to east, at the Americas. A long, wide fetch of marginal to sub gale winds had a direct aim at Hawaii over the 180-200 degree band. This should trend the surf up locally 10/2-3 with a peak near the seasonal average late 10/3. It should slowly decline into Saturday.

Unless some long period readings will show up later today, that energy doesn't seem to be here yet. Checking the Lahaina webcam before going will be key, as usual.

So key that I decided to wait too. I'm probably going to pass today, as it looks mostly flat like this. Windy and blown out Hookipa, here I come! Maybe... 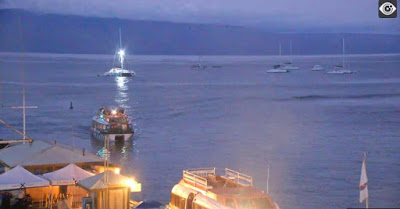 NW energy trending down at the local buoys (disappeared by the remote NW ones), but there will still be head high waves at Hookipa and on eastern exposures thanks to the solid NE windswell. Feels pretty windy at 5.45am though.

North Pacific has a small NW fetch and the windswell one.

South Pacific has a couple of narrow fetches both sides of New Zealand and a possible angular spreading (blue) one. 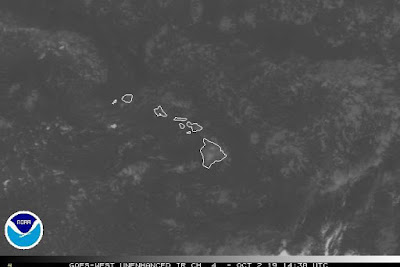