Douglas brought us a winter day in the middle of the summer, with summer water and air temperatures. The epic waves in the harbor prediction 60 hours in advance (Friday morning) was an easy one based on the predicted path, to which the storm fortunately stuck. 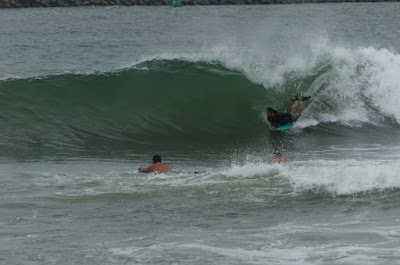 In the harbor, the period was mostly 7-9 seconds and probably NE to N direction. None of the easterly 13s energy was getting in there. 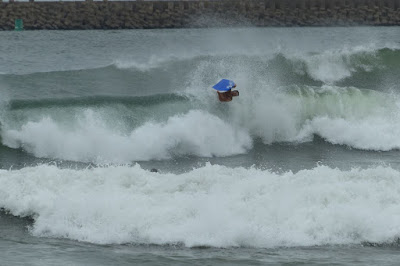 "How are we going to arrest them all?". Fortunately common sense prevailed and they didn't. 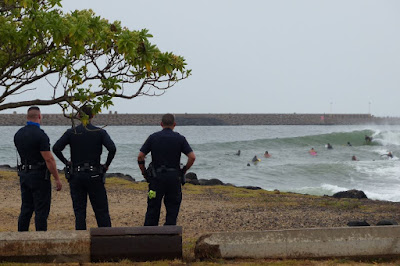 Outside the harbor was a different story (size) and there were some moments of epicness too. 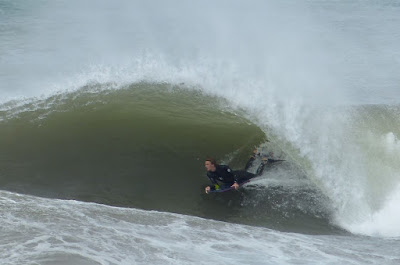 Can't recognize the guy, Vans sticker, might be Imai. I just missed Albee, who got out of the water when I was setting up. The swell had already started to decline by then. 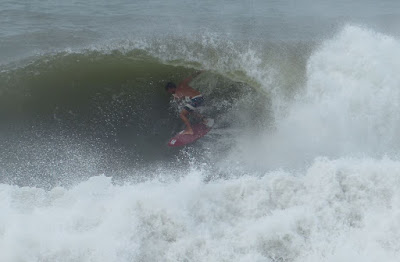 Kai Lenny's last wave at this spot must have felt like a micro-Nazare to him. He got dropped there by his jet-ski, who knows where he surfed before. 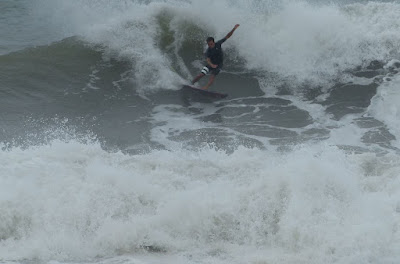 I first surfed the harbor on a longboard while the swell was peaking and then Waiehu when it was declining and head and a half. It was triple overhead and barreling (no thanks!) just a couple of hours earlier. Timing was everything yesterday.
The one time I didn't wax the board in front of the pad, my back foot slipped right off. Not gonna do that mistake again. 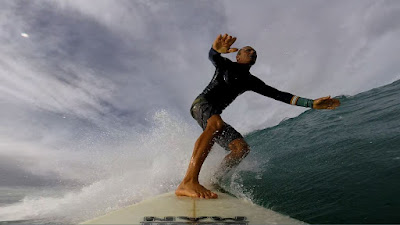 I struggled a bit at the beginning, as I mostly foiled lately. It was nice to be back on a surfboard with overhead waves though. I had a 2 waves hold down (probably about 12-14 seconds total) that, believe it or not, brought a smile on my face (after I realized that I was still alive).
Here's a lovely right hander.


Hookipa at sunset, well on its way down. 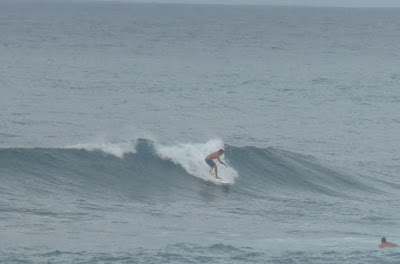 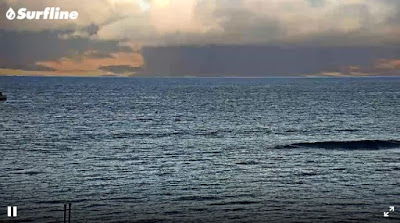 North shore
Pauwela
5.4ft @ 9s from 60° (ENE)
5.1ft @ 7s from 72° (ENE)
Below is Pauwela's graph that clearly show the "Christmas tree" nature of the hurricane swell. You either were on it at the peak and when the wind turned from the south, or you missed it. That time frame was 2 to 6 pm. Today we're back to regular windswell heights, which should still provide Hookipa with waves up to head high and possibly bigger on eastern exposures, but the trades are already back. 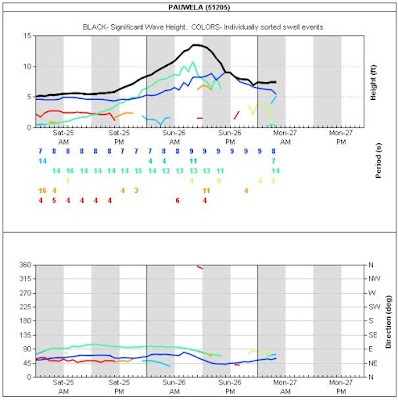