Said by a windsurfer, it might seem weird to someone, but I absolutely love Maui without wind. 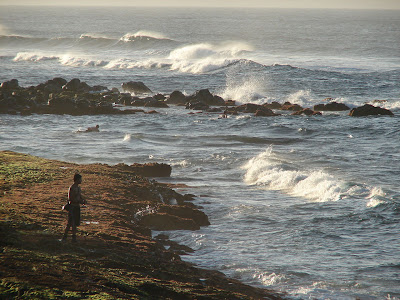 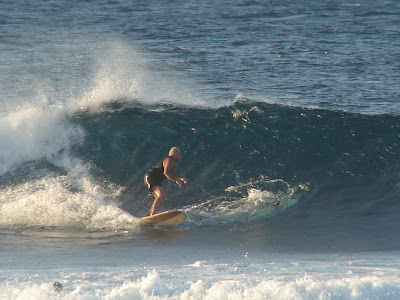 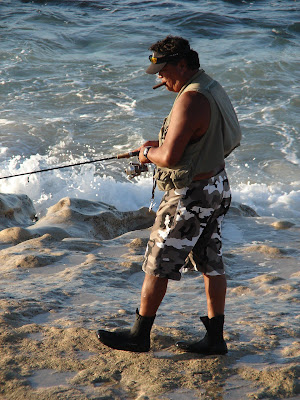 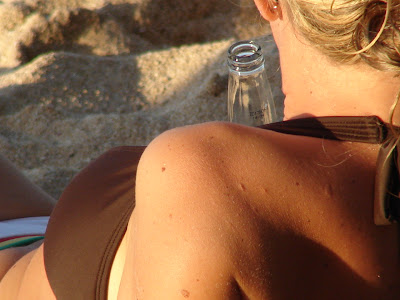 Today it was absolute calm till 10.30. As Tom said, it seems like the big swell has cleaned the ocean. The water was crystal clear and the SUS (Stand Up Snorkeling) session was awesome. I even caught a couple of glassy lefts in the process.
At sunset, an unusually uncrowded Middles offered sporadic head highers that were actually a hell lot of fun. Middles likes the low tide, I think...

Next few days, more of the same with a swell on the rise on Tuesday when they probably will finish the Pipe Masters. I predict (and hope in) a Slater - CJ Hobgood final.
The north pacific is in winter mode and dominated by low pressures. I don't see any sign of the trade winds coming back on the maps for at least a week. Love it.

And now, since we're going towards one of our many stupid man made holidays, I'm going to do my annual rant against Christmas decorations.
I just can't stand them. 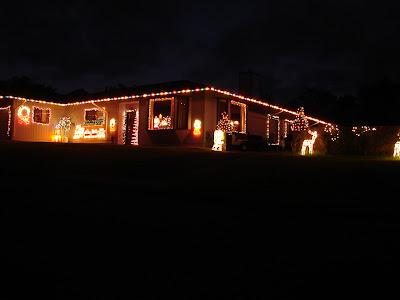 I know very well that I pollute unnecessarily too.
Driving to the west side to found better waves, while I could well jump in the water at Paia bay, it's an easy example. That's unnecessary pollution.
Just like owning more than one surfboard.
Even owning just one is more polluting than not owning any.
I know that very well, you guys don't need to remind me.

Still, I think those decorations are a clear sign of how shockingly unaware of the damage that our pollution is doing to our planet most people still are.
"We do it for the kids!" I hear someone saying... right. You should turn them off for the kids!

And, while I'm at it, let me throw out another lil rant.
I don't know whose this jet-ski was, might well be a friend of mine (in which case I'd be happy to help), but whoever made so that it ended up on the rocks at Jaws, should make sure to remove it. 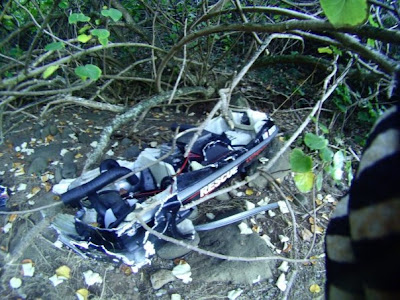 Tatiana has a video of another ski washed up on the rocks. More unnecessary pollution...
Posted by cammar at Sunday, December 13, 2009

I think tow-in is polluting too.
We should get back to paddle-in. Its not polluting, and shows who can really catch the big waves!

I agree with you Giampaolo...I love Maui with no wind..is it maybe because it's so unusual? we always like "rare" thinks isn't it?...some exceptions for me. I also dislike Christmas decoration, party and gifts. I think they are a waste of money and time. However I think that some people, expecially the elders, love to gather with relatives who probably lives far away. But most of the people in Italy are doing decorations and gifts because they have to and are angry and stressed...I hate Christmas in Italy!! I think that here in Maui it's a bit better...

GP - by we I mean we surfers/windsurfers/kiters/SUPers etc...
We, as ocean men, should keep to the original spirit of the ocean, which is clean and powered by nature not by engines.

totally agree with you

Here it is! First hand evidence that Christmas lights are hurting the environment.

I think if somebody were to research the top pollution contributors to the planet, Christmas decorations would be pretty far down the list.

Ray, true. But it would rank pretty high in the list normalized by unnecessarity.

Anon, internet is the only hope we have to save this planet. If we had to rely on the "corporate" media to raise the awareness level about environmental problems, we would be screwed.
And, in case you are into the logic of the Kyoto protocol, if with this lil post I converted a few readers not to turn their christmas lights on, I would have earned credits for the electricity consumption of my computer...