In order to beat the crowd, and taking advantage of an early low tide, I walked on the reef in the dark and hit the water before 6am. That didn't help much, because half an hour later the lineup was already choked.
The waves were gorgeous, head to head and a third high with perfect shape, but a bit inconsistent. I gave 8.5 to the conditions and 1 to my session, as I struggled competing for the good ones (the photo showing the only decent one I had). 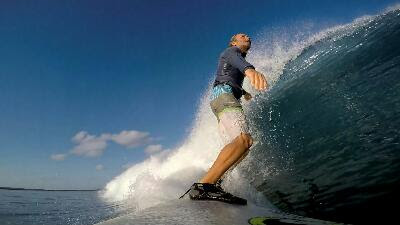 The afternoon session was much better because of a thinner crowd. The waves were still gorgeous (and up to head and a half) and I gave both the conditions and the session a 9.

Below are three shots that show the pristineness. 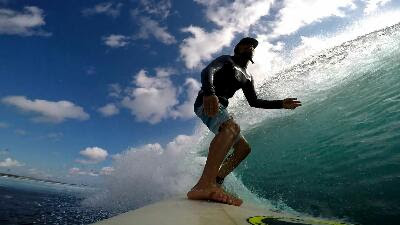 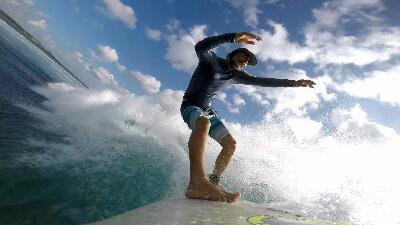 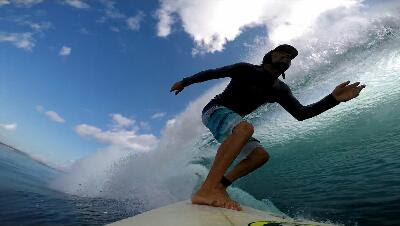 Meanwhile, I started reading the next book in line (I read more books in a month in Indo than the rest of the year in Maui): Autobiography of a Yogi by Paramahansa Yogananda.
As I mentioned, it's one of the books that Micheal Singer found extremely inspirational in his spiritual path, and that's why it came up on my Amazon Kindle's recommendations.
I abandoned it at only 12% of it. Its English was a bit arcaic and very difficult for me, but I doubt I would have enjoyed it even if it was written in a more modern language.
Gurus doing miracles in the Himalayas (like being in the two places at the same time) provide very little inspiration for me, as I can't relate to them.

Singer's "The untethered soul", instead, provides plenty practical western life examples of how much better it is to be un-influenced by life events, without labeling them good or bad, and as such it remains my spiritual guide so far.
Next, I'd like to give "The three pillars of Zen" (the other book mentioned by Singer as very inspirational) a try, but I need a Wi-Fi connection to be able to buy it and download it.

In the meantime, I started reading "The plant paradox" by Dr. Steven Gundry.
I've read many nutritional books (surfing, nutrition and spirituality being my three main interests at the moment) and pretty much all of them were in favor of a whole plants based diet, while providing plenty references to scienfitic studies as a proof.
It will be interesting to read a different point of view. The author, in fact, asserts that not all plants are good for us and not all the times of the year. As usual, I will report my impressions when done.