Yesterday I spent the whole morning on the south shore, but, for a bunch of different reasons, only my last session was good. Lahaina was a bit off limits in the early hours for the concomitance of:
- a kid's contest at the harbor
- the Run Forrest Run 1miles 5k/10k on Front Street
- a city cleanup
The distant parking forced me to pick the wrong spot and that was session 1.
Session 2 was at the spot pictured below and it was looking pretty good with the offshore winds. Of course, as soon as I paddled out it turned onshore (and I saw it going back offshore when I was leaving).
Btw, this was the biggest wave I've seen of this swell which has been in the waist high range in average. It's a Tasman sea swell and that means it's particularly inconsistent. 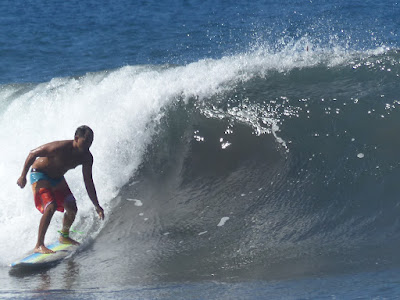 Then I finally had my fix surfing this spot. That's more the average size of the sets. But once in a while, a stronger one that found its way through the maze of the Polynesian islands arrived. 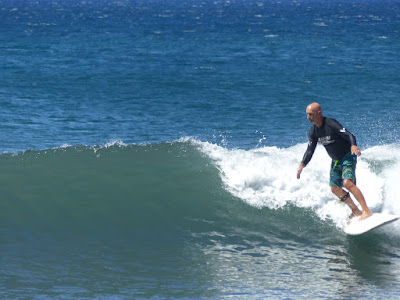 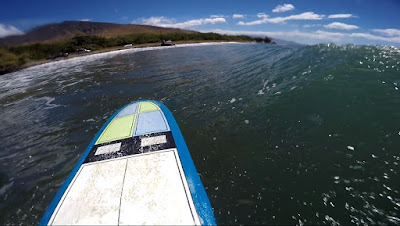 Southerly energy holding up at the buoys, but with a slight decrease in the period. South shore is the place to be if you want to surf some small clean waves. I'll post an update later, sorry about the lack of it yesterday, I forgot my phone home. Good to be disconnected once in a while.

Windswell on the way up, but still pretty small blown out stuff at Hookipa. 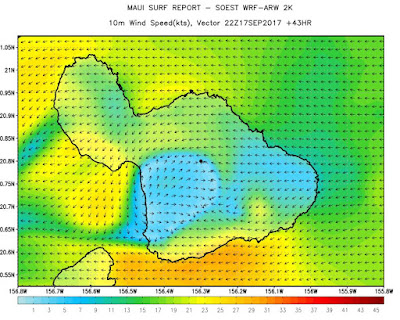 North Pacific shows that NW fetch that the forecasts keep ignoring. We'll keep a close eye on it instead and check what the buoys will register in a 2-3 days. It's definitely oriented more towards the Marshalls, but I believe we're gonna get some angular spreading energy.

South Pacific only shows a non particularly impressive fetch in the Tasman Sea. Next week looking a bit grim on the south shore. 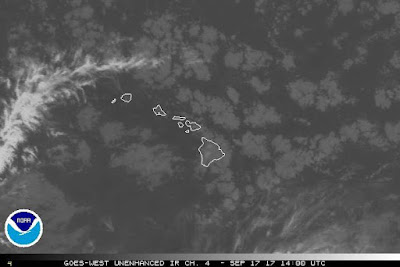