A lovely stretch of epic surfing has just ended. I hope you guys scored.
Now the waves are still big (10f at the buoy), but the wind is back.
We also have some rain this morning associated with that front that finally got on Maui and it looks like it's going to stall on us for a bit.
Here's a radar image showing the rain.

iWindsurf.com doesn't show too much wind in the early morning, so maybe it's still gonna allright for some spots, but forget the glassiness of yesterday morning or all day Tuesday. Those rare conditions are a blessing from the sky. 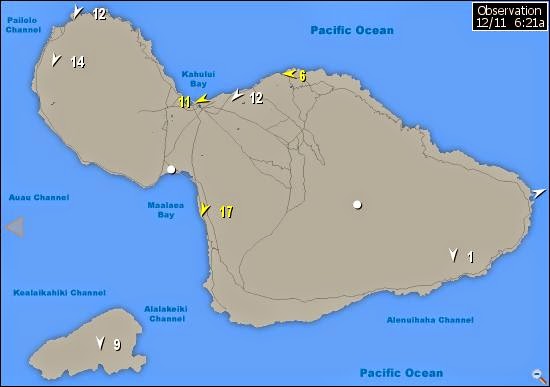 But there will be wind today as the maui county @ 2km 11am map shows below. 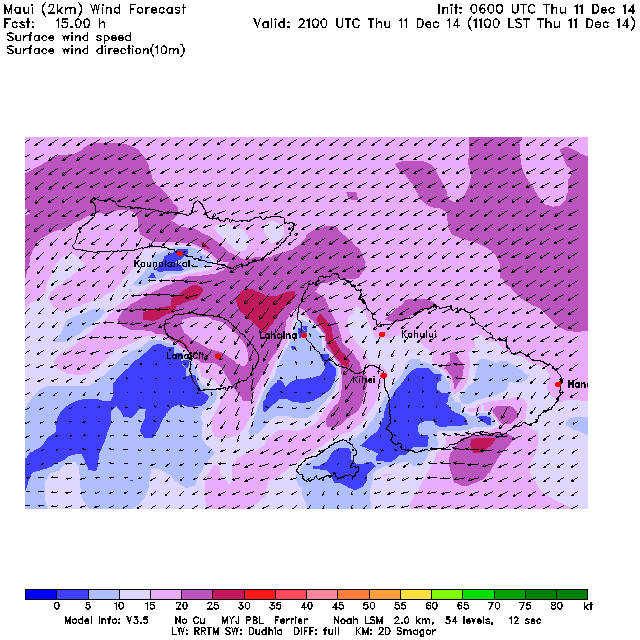 Warning: always take these wind forecasts cautiously when there's rain clouds around!
Also because, as the north pacific wind map shows below, it seems to me that the wind is still quite a bit more onshore than usual... at least at the time of this post.
Notice also that beautiful low that is going to bring a weekend swell that could have good direction for Pipe.
If they run today, they might finish in the weekend, since the rest of the waiting period doesn't look that good. There's another big one on Sunday 21, but that'll be just a day too late.

This post is dedicated to legendary Ian Boyd who is in vacation in Maui with his family. Here he is sneaking a cheeky windsurf sesh with Kevin Pritchard's gear.
Took him some moments to adjust and then he shredded a wave apart. Like riding a bicycle, your muscles don't forget how to hit the lip, I guess.
Brother, go get some gear at the shop at 10 and let's hit the water at 11 (I work at 2)! Could be fun!
Text you later. 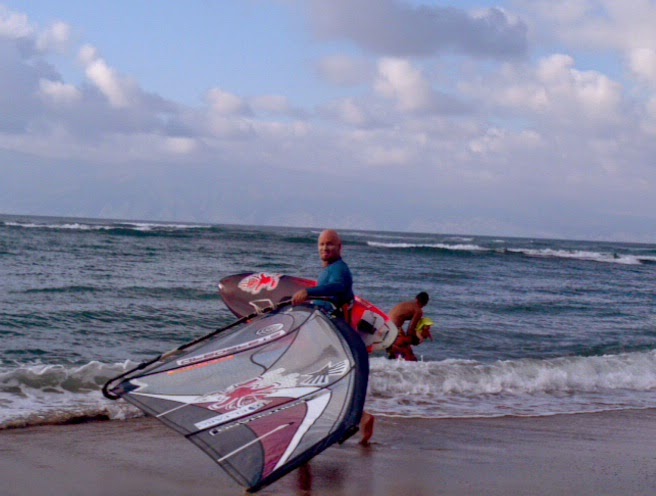 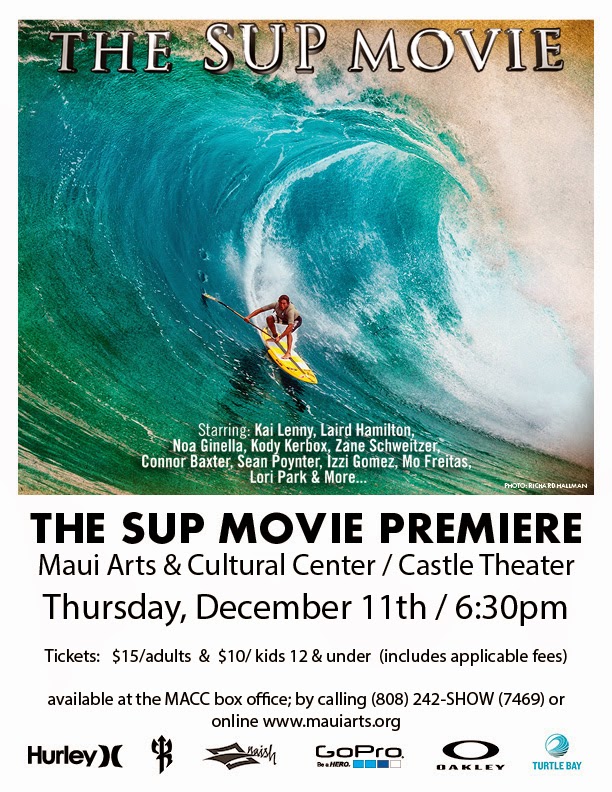 Have fun in the sun everyone!
Posted by cammar at Thursday, December 11, 2014