New NW swell JUST started to show up at the NW buoy, so at that slow(er) speed at which 12s swells move, I'm guessing that we won't see ANY sets of that in Maui today. Maybe something at sunset, but not much. It's more of a tomorrow deal.
For info on travelling time from the NW buoy to Oahu, read this article on Surfline.

So let's focus on today, as usual, because tomorrow we don't even know if we're gonna still be alive. Sorry, that's how I see pretty much everything in life.
Below is the graph of the Maui buoy. You can observe a downward trend, specially in the NNW component, the dark blue swell, clocking in at 4.6f 12s from 338 as reported as usual at the very beginning of every "Morning call".
Well that's good news for most of the Maui surfers. Hookipa has been too big/confused for many in the last 2-3 days. Today instead it will be a lot friendlier, mostly head high, but with bigger sets.
I predict a very, very crowded lineup. 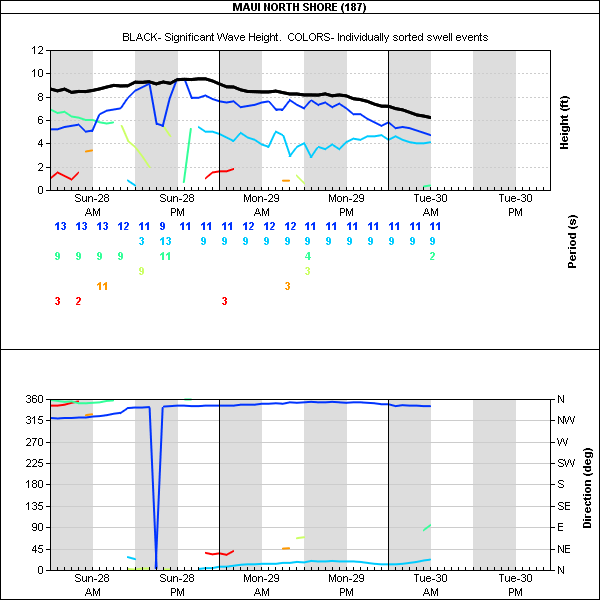 Also because the wind will be very favorable, as the wind map below shows.
I circled the usual fetch in the NW corner (how many days has that thing been there?!? Thank god for that!), and I also drew the wind directions east and west of an approaching front.
So today the wind will be SW and tomorrow, after the front has passed, it will be northerly. It always happen like this. Even in Europe fronts come from the Atlantic and behave the same exact way, so you guys don't be too surprised to see "strange" wind directions. 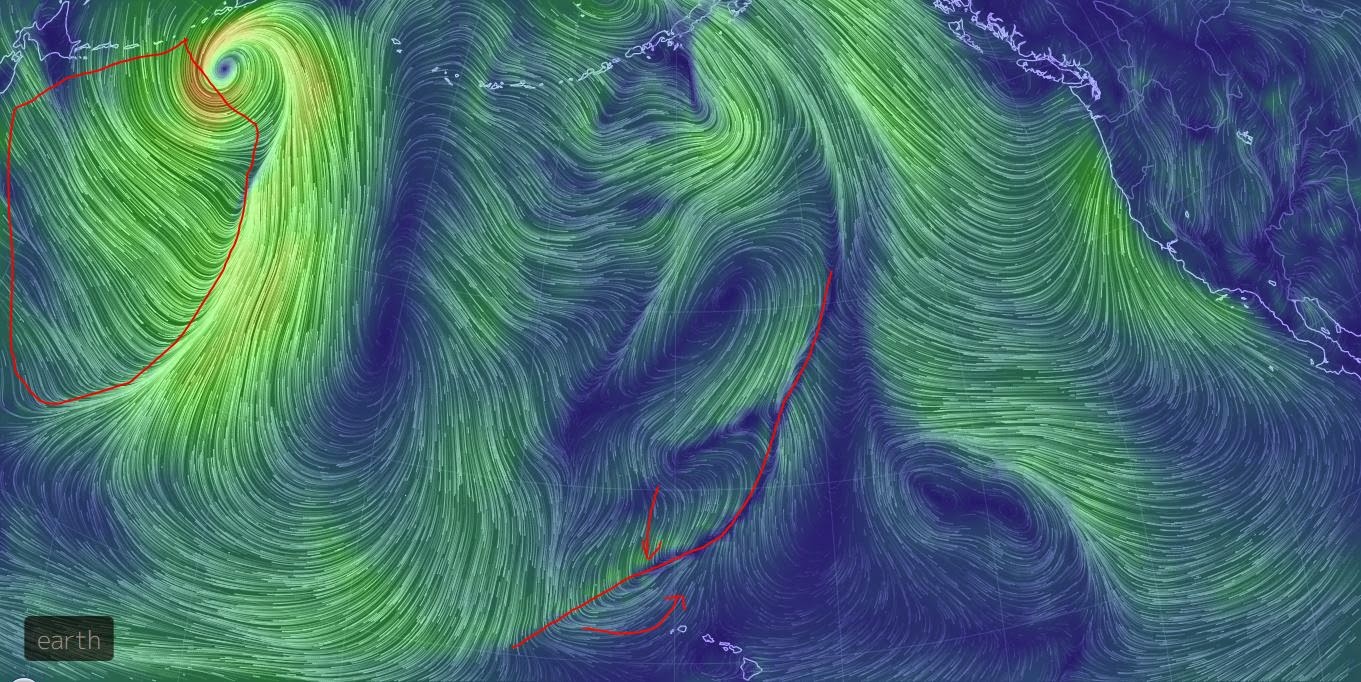 Here's a satellite photo that shows the position of the front at 5am, but that becomes obsolete pretty quickly, so you guys should check the animation on link n. 6 on the right. 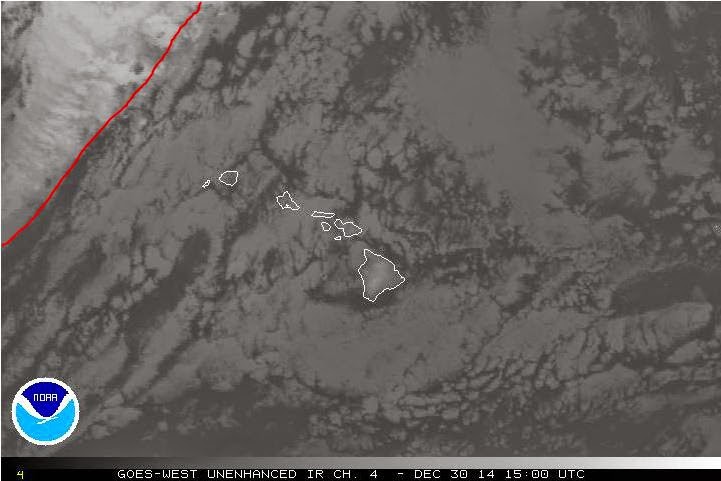 Is the Kona wind going to be strong enough for windsurfing, I hear the wind addicted people begging. Well unfortunately the MC @ 2km website has not been updated at the time of this post. When yesterday I wrote that I consider it to be 95% accurate, I meant the first 24h of the forecast. Not so much the second 24h. Not at all, actually.
So in this case, we go back to the good old Windguru. Both the NAM and HRW models at the bottom of the page seem to agree that yes, it should be fairly strong in the afternoon. 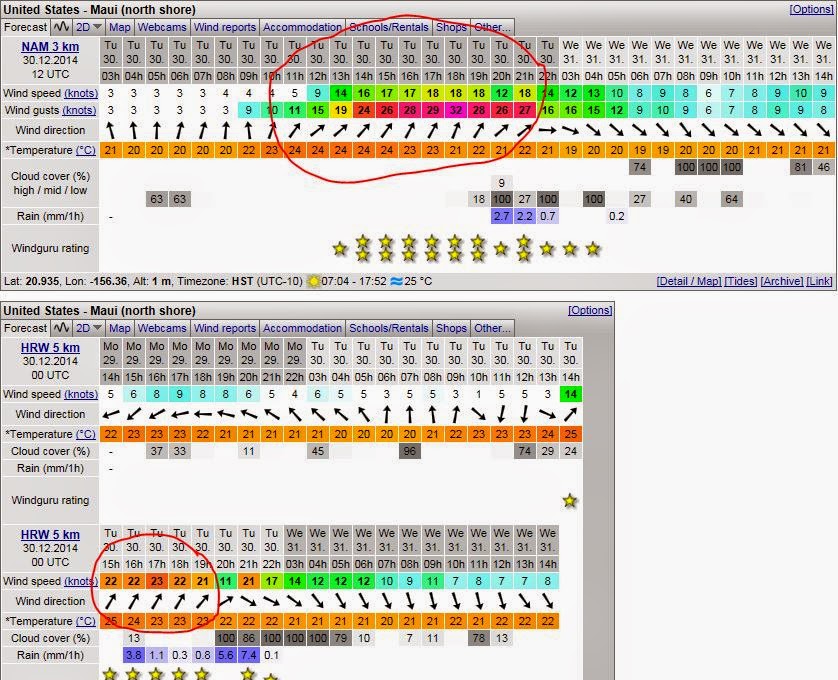 So in summary we should have: epic clean (but crowded) surfing in the morning (photo from Hookipa coming up soon). Fun size kona wind sailing in the afternoon. I'll take it.

PS. Thanks to all the readers for checking this blog. The numbers are increasing every day, so please keep spreading the voice. Also, I'll try to post photos from Hookipa more often during the day with updates on the conditions (like I did yesterday), so check this page often.
Posted by cammar at Tuesday, December 30, 2014