Double south shore session for me yesterday, the photo below is from the first one. There were some very high quality waves to be had, but it was still very inconsistent and very crowded at most spots. 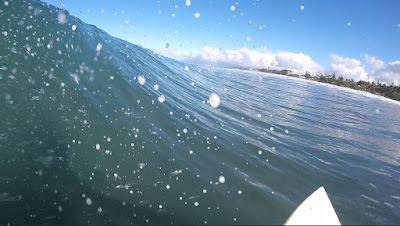 This photo by Jimmie Hepp shows the conditions at Hookipa, I wonder if that wave was a windswell one or one from the small NW swell. I'm gonna guess the last one, but I can't tell for sure from the picture. 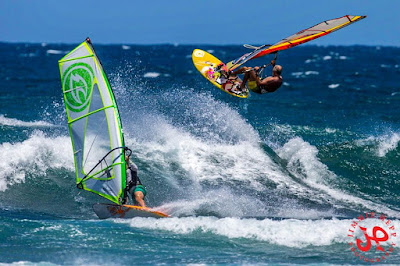 2.5ft @ 5s from 59° (ENE)
NW swell is gone, and with those small windswell numbers today Hookipa is going to be very small.

Lanai
2.6ft @ 15s from 194° (SSW)
I don't see the bump the NOAA is calling for the south swell today, but I'll still take 2.6f 15s. Hopefully the consistency will improve today for the reasons I described in the last two or three posts. 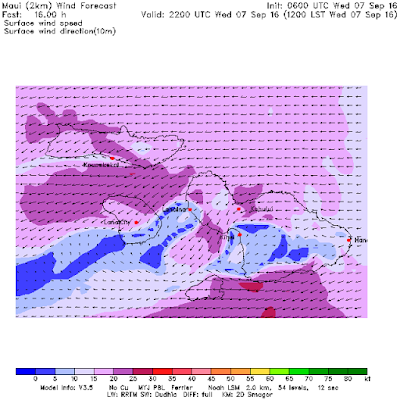 Wind map shows a pretty big windswell fetch (Hookipa not going to be flat, despite the lack of ground swells) and a solid one down south. Too bad New Zealand is in the way, but what can we do... sink it?
If I had the power of sinking an island, I would still sink Kahoolawe first... I would also have less people mad at me! 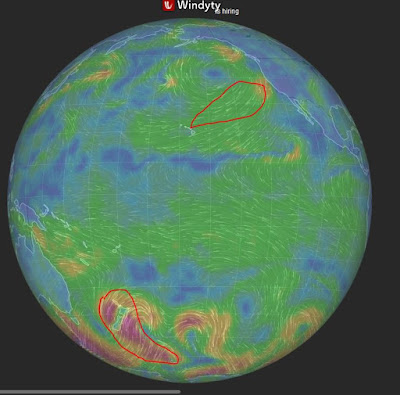 The WSL Trestles contest starts today, at the moment on hold but it may start later. The forecast looks good for the first 4-5 days of the waiting period, could be one of those they seal right away. Live streaming on this page. Can't wait to see what Slater does after that amazing performance in Tahiti and how the world title race will evolve.


I ran into this video of Shane Dorian. That right towards the end looks pretty unreal. Tahiti, it seems.

Dont know about that specific one but i saw NW lines when I drove by. The Point was showing a lot more than Pavils which isreinforcement to the idea its NW typically.