Fun day of surfing on the north shore yesterday, here's a photo by Jimmie Hepp from this gallery.
Can't remember the name of that guy, but that's an example of a guy you can call moke. 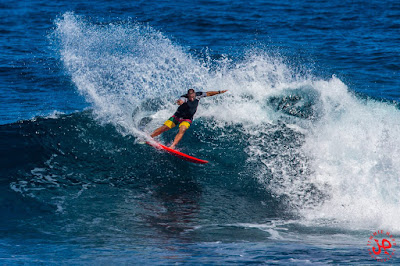 Unlike my friend Moke (whose real name is Mark), whom I dropped in at the Bay (and posted the video) a couple of weeks ago. He got his two favorite boards stolen off his truck during a 2 minutes surf check at Paia Bay. Sucks.

Here's the photos I took at sunset at Hookipa after my afternoon session. You usually see much younger surfers trying that. 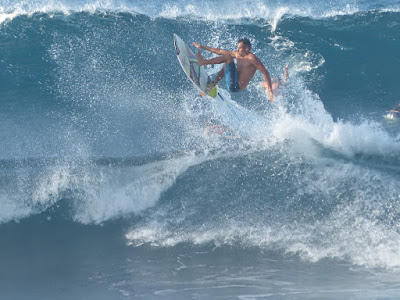 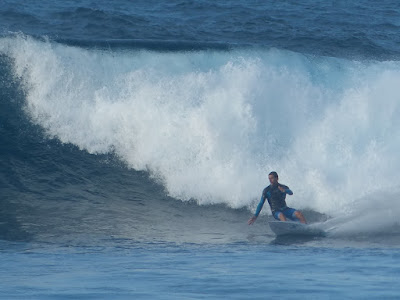 It's been a while I haven't posted one of those. 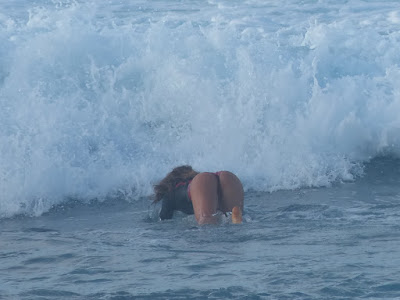 Sometimes it's good to have a look at what happens behind you. 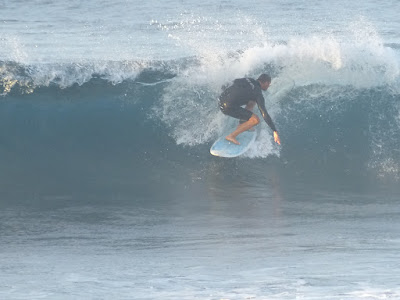 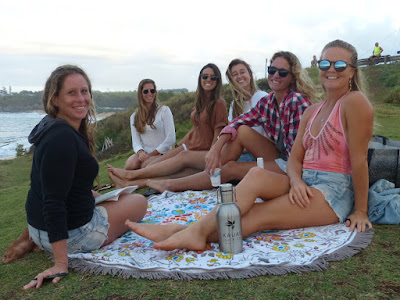 2.2ft @ 13s from 261° (W)
Waves in Kihei were around waist high yesterday with a higher readings. Probably knee high today, but check the webcams.

Relatively small waves (for the season, at least) on tap on the north shore today. Should be still head high at Hookipa, check the beach report that I will do again at 6.30am from the lookout where I'm going to meet my surf guide customer for another session together.

Surf early, because some models show a light onshore/trades flow as early as 9am. As I said yesterday, this is going to be a pretty bad week from the wind point of view. The windguru table below is pretty explicit. Fortunately it's just a week.

Euro model shows no wind at 7am.

NAM3km map at 4pm shows the onshore getting stronger starting from the west side, but a light onshore flow is predicted to start already in the morning.

FYI First pic I think that is "Mike" not moke!
R.