As predicted, the large NNE swell lit up many spots of the west side, but my day started with a session on the north shore that was a 9. Here's Kain Daly ripping apart a wave that doesn't look like that very often. 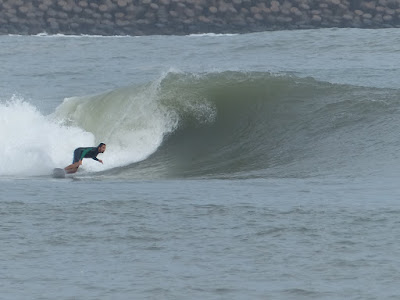 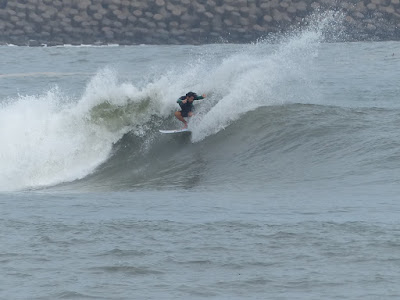 2015 World Champion Adriano de Souza came from Oahu with his photographer with the intention of surfing Honolua which instead was too big and washed out. 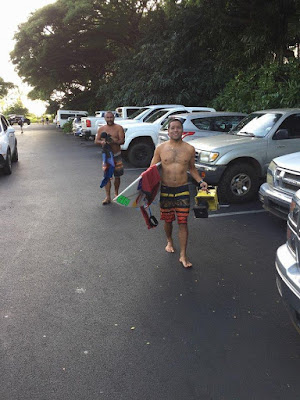 Looks like he found a good backup spot in the shade! 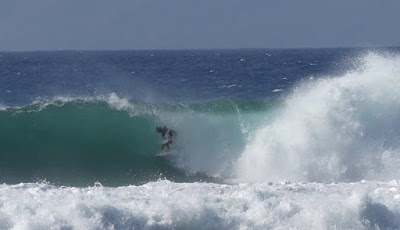 Same spot from a drone. 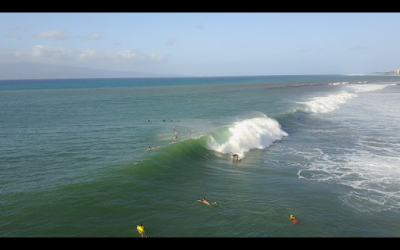 Here's a couple of gorgeous empties by Jimmie Hepp. 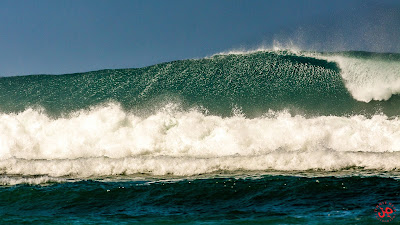 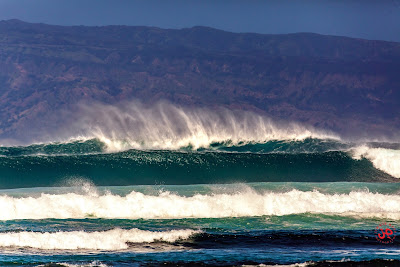 For my second session before work, I chose a spot in the Lahaina area that I had never surfed with this direction/size swell, because I wanted to know how it worked. It was fun, but next time I'll surf this one that works better. That might happen in less than 2 hours together with my surf guide customer. 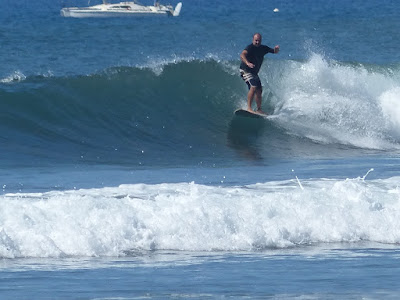 As I said Honolua Bay wasn't good yesterday, but check this feature about the amazing day a week prior. I still can't believe it I surfed it that day.

4am significant buoy readings
South shore
All wrapping energy at the buoys, check the Lahaina webcam, there'll be waves.

Meanwhile, the NNE swell is still relatively pumping. It should gradually decline going down a foot or two by sunset. Please read the numbers when I state things like this. 7f instead of 9f is still a relatively big swell in my books, so don't think it's gonna be all that small...
Honolua should be back to be surfable again.

Current wind map shows:
1) new solid NW fetch. After a couple of days of hanging out in that corner, this low will start moving towards us and will be the cause of the Kona wind episode predicted for Sunday/Monday.
2) a weak NNW fetch that only has 20 knots wind, but it's close we might get some short period waves from it. Let's hope not, there's so much abundance of good swells, they might only bother.
This fetch was much stronger yesterday (still number 2 on yesterday's wind map) and the related swell is forecasted to peak at 7f 15s from 307 at 2pm on Saturday
3) the low responsible for this wonderful northerly swell, is now in a NE position. Unfortunately the fetch aiming at us is the one with the weakest winds, but the energy from it will linger in the water until Sunday.

NAM3km map at 7 shows very light wind everywhere and it should stay like that all day. Yessss.