Three longboard sessions for me yesterday, during which I caught 2-3 chest high waves, but the rest were knee to waist. Yet, two of the sessions were excellent due to the immaculate conditions at dawn and sunset. Size really doesn't matter (specially if you have the right boards). This is a knee high one around 10am whit a little texture on it. 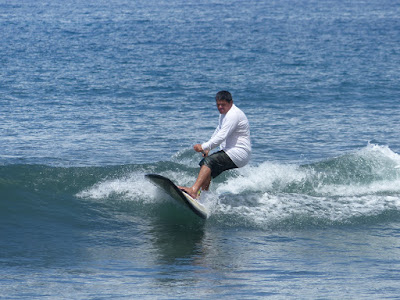 This is Nick on his Lift e-foil having a blast and catching waves all by himself in the late afternoon. That's about the biggest size I've seen all day on the Lahaina side. 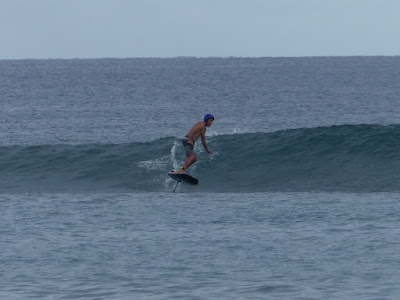 Blog reader James Dawson went to Makena again and took some pictures of the shore break. This is my favorite. 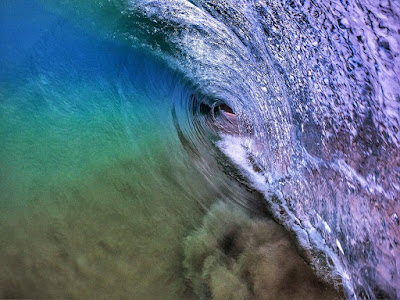 0.6ft @ 20s from 200° (SSW)
New low 20s energy at the local buoy. If this is the Fiji swell, what was the 16s energy in the water yesterday? I honestly don't know and without Pat Caldwell shedding light on the subject, I confess I'm often lost in the analysis of the fetches. It's nice to know the origin, but most times it's enough to know what's in the water and for that we have the buoys and now finally also the webcam in Lahaina. From which I took this picture showing a nice set. Obviously, expect low consistency. Do watch the webcam yourself for at least 10 minutes before deciding to go.

Wind map at noon. Notice the onshores on the south shore. Should be calm till 10am.

North Pacific has a distant small NW fetch and a small NNW fetch associated with the local low that is disrupting the trades.

South Pacific has a very remote SW fetch and a small but well positioned S one. 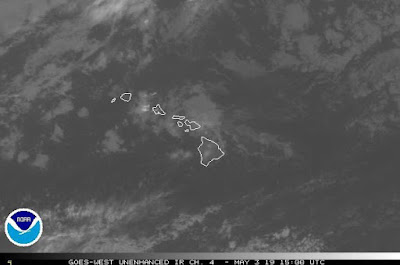 As a consequence, there's some rain around.