Two shortboard sessions for me yesterday. First one was at Hookipa that occasionally had some good waves like this one. 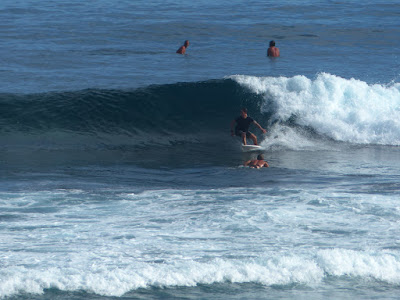 Second one was on the south shore, which was big (but, depending on the spot, not necessarily good) everywhere. 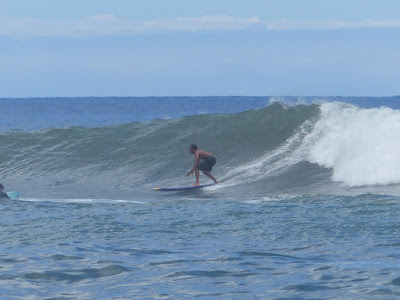 2.3ft @ 14s from 186° (S)
Beautiful numbers at the buoys. Yesterday the second pulse of this swell was taking over the first one, today it's going to be the dominant one. That is graphically described by the graph of the Lanai buoy below (light and dark blue lines). The graph on the left is the Surfline forecast which has been consistently late and smaller than real. 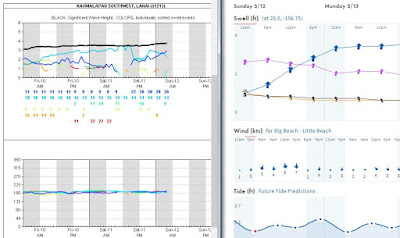 Anyway, big waves on the south shore all day, pick a spot that handles size and period. As you can see from the webcam snapshot below, Breakwall would be one of them, but there's still the HSA contest. 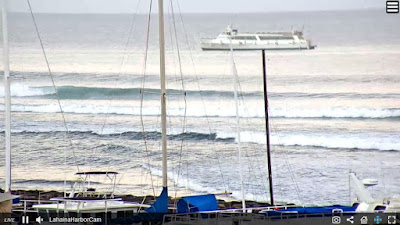 1.8ft @ 8s from 54° (ENE)
Very small stuff on the north shore instead. There will still something breaking at Hookipa, but I'm not sure I will do a beach report. Gonna guess knee to belly, occasionally chest.
Wind map at noon.

North Pacific has a tiny distant NW fetch. The blue circle shows the fetch we saw yesterday that now is not pointing at us anymore, but it probably did in the last 24 hours.

Nice fetch in the Tasman Sea will provide with a nice swell in a week. Good season start for Fiji, that's for sure. 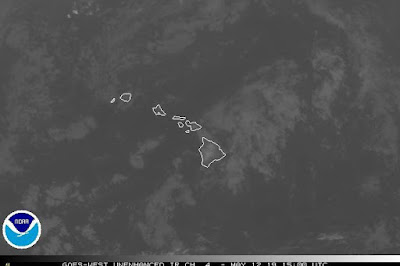 Lahaina cam is nice to have but I cannot get more than 10 secs of viewing before it freezes and shuts down. Anyone else having this?