Two shortboard sessions for me yesterday. From the lookout I ranked Hookipa as an 8, but then I forgot to post the beach report. That was actually a good thing, as it wasn't as good as it looked. I mean, there were waves that were eights, but not many. Overall, it was more like a high 6 for me. 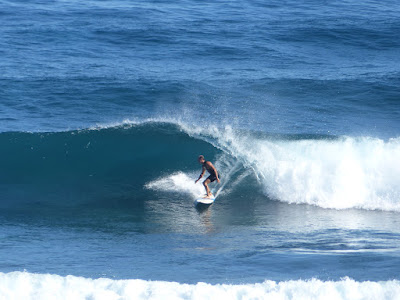 5.7ft @ 9s from 49° (NE)
Pauwela
4.8ft @ 9s from 1° (N)
The lower part of the screen shot is the Hookipa cam and as you can see, also there the waves went down a bit in size. That is reflected by the buoy readings, showing a period of a second or two less than yesterday (notice also the more northerly direction). Both shores will be trending down today, but conditions should be good everywhere due to the lack of wind. Check the hourly wind maps (link n. -2) for details.
Wind map at noon. Should be calm till 10ish.

North Pacific has a wide NW fetch of moderate intensity.

South Pacific continues to offer small fetches that are part of much bigger and strong ones aimed east of us. 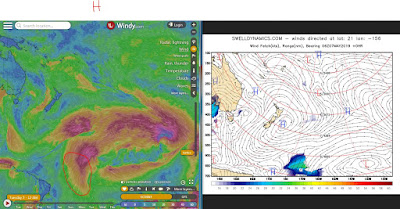 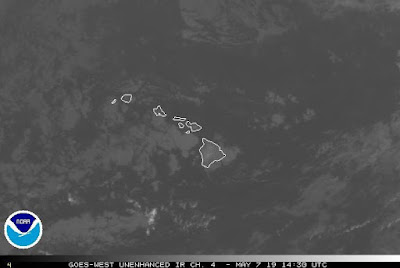