Bad day for my wallet yesterday. Dan Taylor of Destination 360 let me try his Gofoil GL 140 and it was love at first flight. I used it for 1 hour and this is my quick comparison to the other not high aspect ratio Gofoil surfing wings:
- about 15% faster than the IWA (similar speed of a Kai)
- the lift is right in between Iwa and Kai
- the maneuverability is hard to compare, as it's a different shape and it turns in a different way (kind of less gradual), but I would place it in between Iwa and Kai.

At slow speed, it has definitely less lift than the Iwa, but it cuts through the water with less drag, so as long as you can keep the speed up (by pumping it when the wave gets small/soft), you can still fly it. As a result, I was still able to ride a wave from the reef to the beach at Kite beach, but it took much more work than the more cruisy Iwa.

That extra speed meant extra thrill/fun though, so I immediately called Steve at Hi-Tech and asked him to put one on the side for me (we have 2 more in stock).
This morning I'm also going to try the bigger size 180 (so far I only tried the 210, which was too big/slow for me in the waves, but I'm sure it's a great downwind wing). 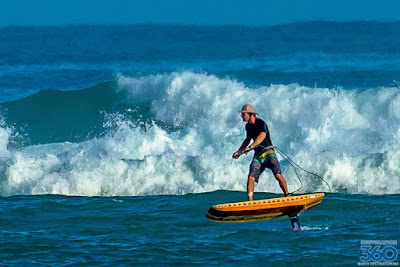 Despite the northerly directions at the other buoys, Pauwela only shows ENE energy, but with 6.6ft 9s, Hookipa will still have waves. Eastern exposures should be bigger. Not a breath of wind until 11ish.

I was kindly requested by some lazy blog readers to report the tides in the morning call, let me try to do this for a few days and see how it goes.

North Pacific has a nearby developing low that offers a small NW fetch, backed up by a bigger one of which we should get some angular spreading. In the next few days, the fetch will be stronger and better oriented and as a consequence a 10ft 14s swell is predicted by Surfline to peak Monday night.

South Pacific has a nicely elongated fetch. Surfline has 3ft 14s on Monday the 11th. 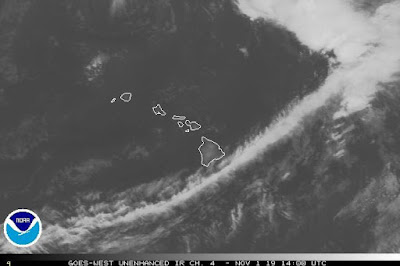 I'm lazy and appreciate the tides. :-)