Another day of big waves yesterday, but this is a photo from the 80's posted by Levi Siver. It shows Fred Haywood at Hookipa in front of a wave that is double mast plus. "I wonder how big was Jaws on this swell" Levi captioned. 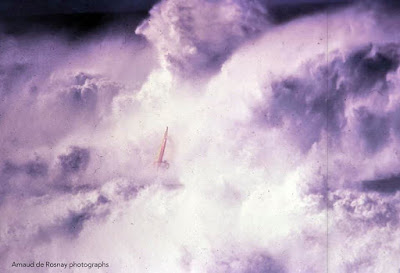 Bad and good news on the webcams front. The Mauiwindcam Kanaha cam is gone for good. The owner of the house sold it and moved somewhere else. Stable road ocean front owners, please consider the possibility of installing one. At the same time the Second Wind Kanaha webcam is back. That one is good for the foilers to check the waves in front of Kite Beach, but it doesn't show the waves at Lowers as well as the other one did and it's not as good to guess the wind speed from it. This is the last image recorded by the Mauiwindcam, I feel like thanking the owner for keeping it up for so many years. 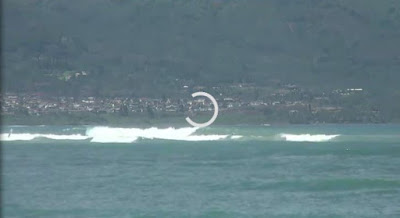 NW wrap went down and so now the buoys are showing the SSW energy that is in the water (it was also before, just "shadowed" by the bigger energy). It's not much, but it shouldn't be flat. Check the Lahaina webcam if interested, this one I caught is a good one, but there's not many like it. 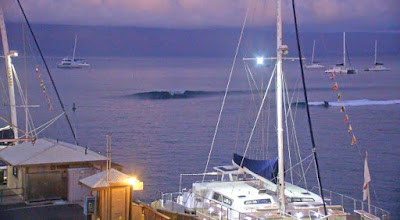 4.5ft @ 9s from 338° (NNW)
NW swell went down as predicted, but it's going to stick around for a couple of more days. Possible Hookipa beach report could be up later.

Wind map at noon. NE flow today, but it should be fairly calm in the early hours.

North Pacific's main fetch is the NW one I circled.

Morning sky. That tail of a front might bring some light rain. 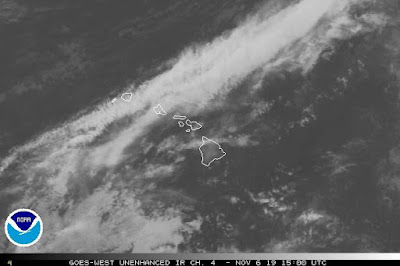 You can see the rain line on Molokai at 6am.